With the “Quattro Stagioni” exhibition, Fürstenberg Contemporary presents the fellows who participated in the 2014 Fürstenberg Contemporary fellowship programme and spent the summer months at Heiligenberg Castle: Juliette Blightman, Jan Paul Evers and Mathew Ronay. Each year, three artists are awarded the fellowship – in 2014 for the fourth time already. The associative room for play of “Quattro Stagioni” – The Four Seasons – may begin with culinary and musical translations but is much more diverse in meaning. If direct reference is not made to the course of things in nature, Quattro Stagioni refers to constantly recurring processes of change, being and decay. They provide the model for the continuous monitoring of such relationships. Man inscribes himself into this, structures and gives rhythm to his temporality with each new beginning. In this repetition he is ever finding new snapshots or imagery in which he can situate himself subjectively.
The British artist living in Berlin, Juliette Blightman (* 1980), reflects in various media and forms on her existence in time and space. Her very personal films, drawings, installations, performances and texts feed on intensive observations of recurring, everyday and ritualised actions and her awareness of moods that occur at certain times of the day and in different locations. She pays special attention to interior spaces, while at the same time often medially addressing the moment of observation. With an analogue 16 millimetre clockwork camera, in 2007 she produced a series of filmic still lifes, in which the rigid focus on a living room only changed at the end of the three-minute film, when the camera swings around abruptly, as if one has just woken up from a daydream. Domestic scenes and objects can also be found in her drawings and installations. Carpet, armchairs and potted plants are recurring elements, whose ephemeral presence wait to be perceived. In 2011, under the exhibition title ‘I Hope One Day Soon You Will Come Visit Me Here’, she hung white curtains on the windows of three gallery rooms and fitted these sparsely with just a potted plant and a wall label stating location and year. Beyond self-reflexive meditation or autobiographical narrative, this consistent silence of Blightman’s work opens up a supraindividual moment of pause and being. The ritualisation of time and space, as well as their potential decay, move into perception.
Using various woods, fabrics and other materials, the sculptures of the artist living in New York, Matthew Ronay (* 1976), are created through meticulous processes. Their abstract or abstracted representations refer to organic forms as well as to figures, bodily fluids and vaginal or phallic forms. The mostly give the impression that they fulfil ritual functions or are quasi-religious representations. Ronay’s works, like his exhibitions, are composed of individual elements and are arranged as landscapes. They embody mythological and psychologically motivated narrations, which often represent rooms or situations of transition, in which energy is transformed and statuses are changed. This includes death and birth, as well as new creative forces from the natural realm, such as the frequently recurring seed fruits, for example. Embodiment and transformation are also expressed in the so-called “activations”, where Ronay slips into sculptures in the form of a costume, cocoon or a protective space. Each unique performance during an exhibition lends the works symbolic life, through the artist’s small, repetitive actions or by him handing objects and liquids from the inside to the outside. This slow repetitions and the changes they induce represent supraindividual acts. Man and nature are closely linked in these embodiments; domestication is nowhere to be seen with Ronay.
The works of Jan Paul Evers (* 1982), who lives on Cologne, oscillate between abstraction and specific motif. Camera and photographic technique are his work instruments. Between the original perception and the ultimate image come artificial procedures with which Evers appropriates the motif and recreates it. The handmade silver gelatine prints are unique – and counteract the reproductive possibilities of photography. Taken with a mobile phone or camera, photographed from film projections or found images, these are the starting point for Ever’s constructive-analytical work process with the image.
Using various development techniques and cardboard templates in the laboratory, the works then find their singular forms. The modifications often render the original image almost unrecognisable and this subtraction recurs as an abstract entity in itself. In an interplay between difference and reference, the deceptive, poetic results reflect the perception process. This has already proven to be of significance during the development of the work, in order to work out the real image from the motif, and also challenges one to trace out his development and transformations. The works of the three artists are characterised by their fine observation as well as small, ritualised acts between transformation and repetition. They situate themselves along the often fine line between private and public, individual and collective, without being narrative in the strict sense. Their culturally overstrained transfers of the processes brought to mind by “Quattro Stagioni” span an arc from the mythological to domestication to technology. If one follows this silent perspective of linear circulation, which of course is only one of the various perspectives on the works, intensive consideration is required. 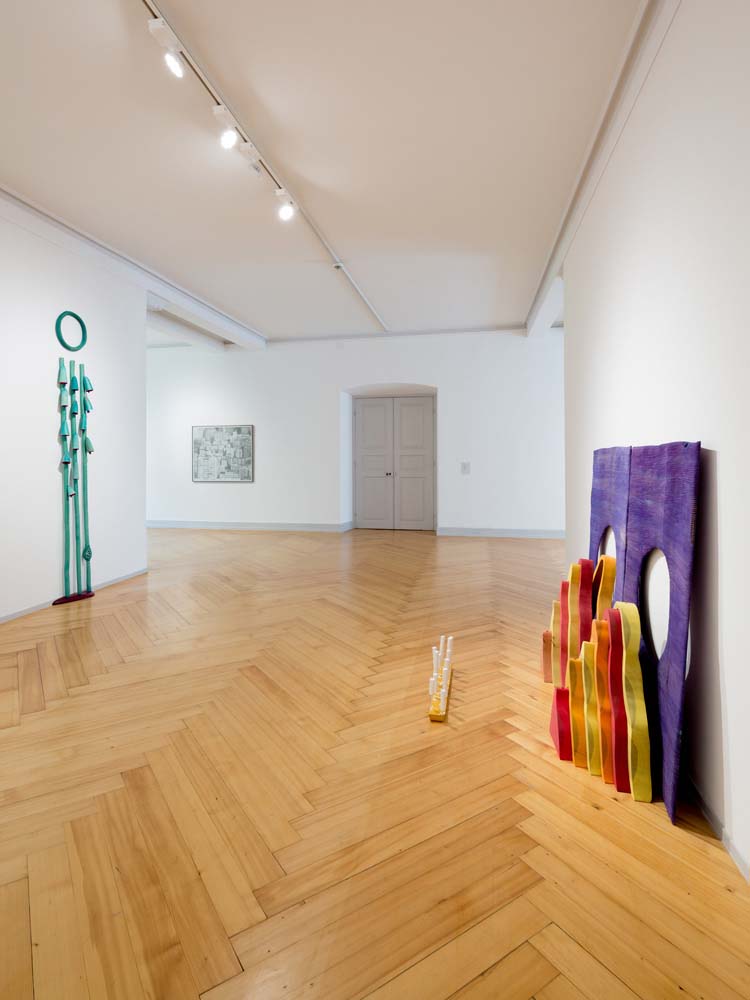 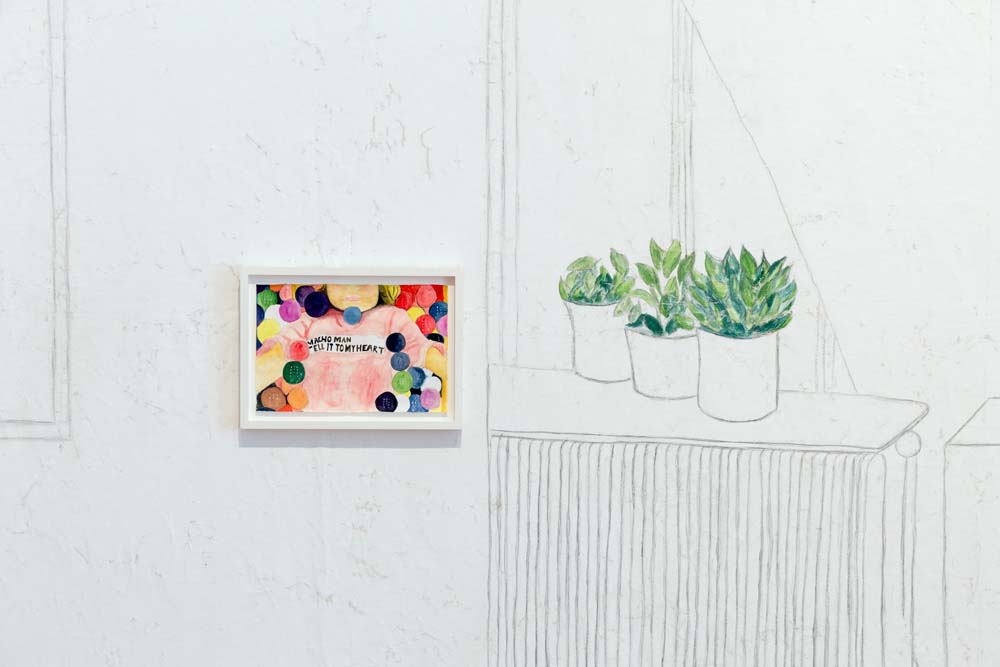 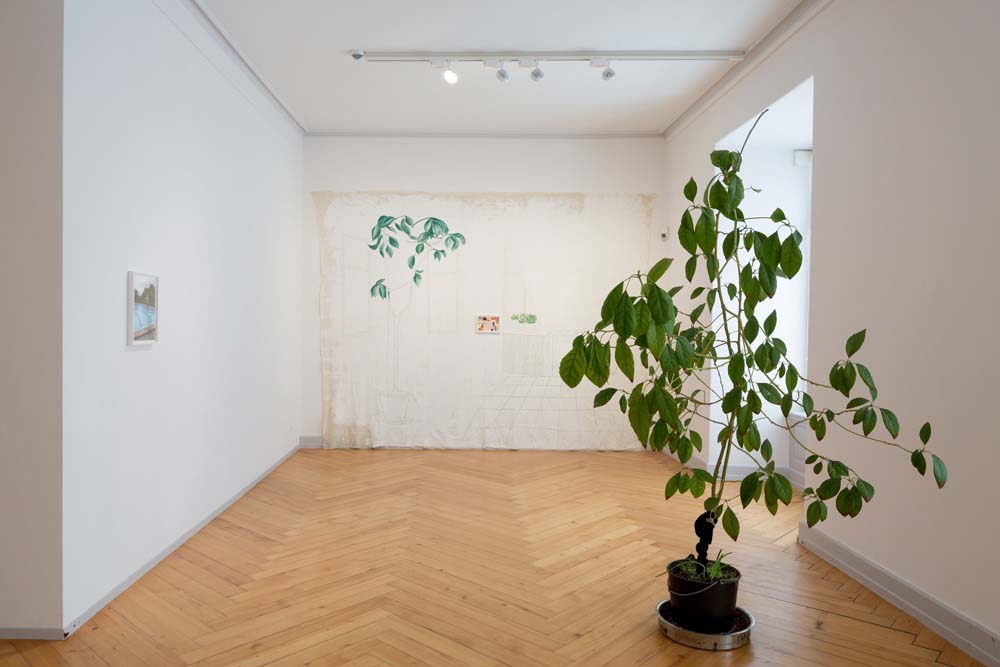 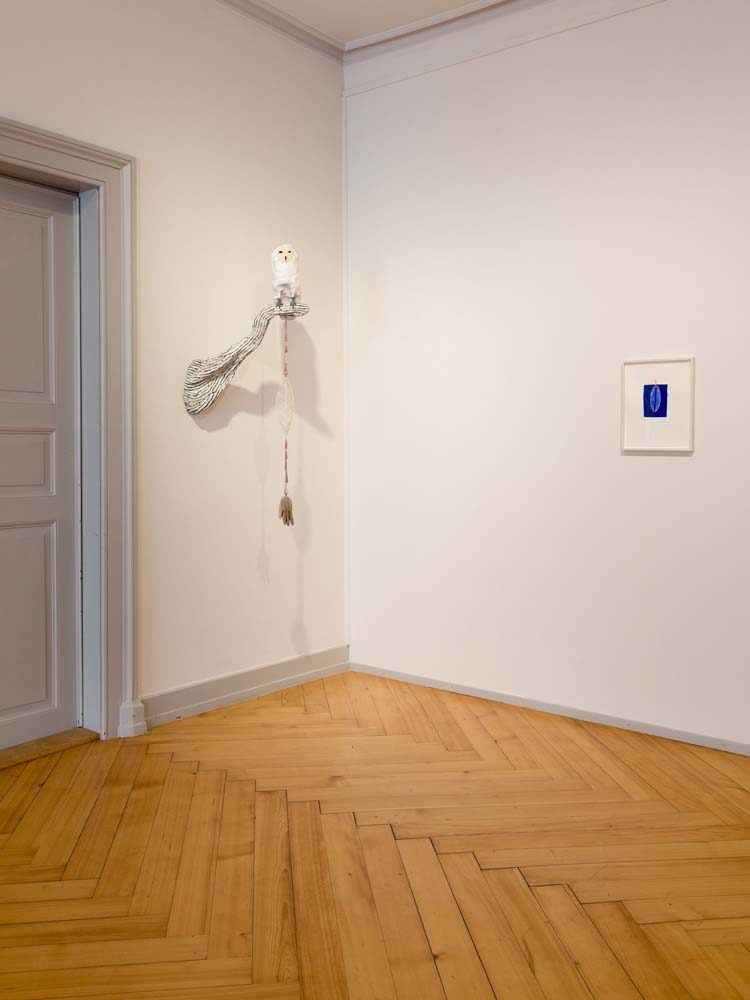