Using a soft matt palette and without any depth, Ryan McLaughlin (*1980) collects his small format picture characters, symbols and logos on the surface. As skilful as it is laconic, a water tap, an ocean steamer and fragments of text meet within the picture frame constituting their own primary pictorial context, as a direct reference to the eponymous Berlin “Wasserbetriebe” (water utilities) (2013). This picturesque accumulation could hardly be further removed from a cool advertising aesthetic. Within the frame of the image, McLaughlin orders the elements in such a way that they determine image space and its limits. In comparison with earlier, comic-like representations, the images have become more abstract: In addition to the lettering BVG (Berlin’s main public transport company), no further reference to reality is identifiable in an image that reminds one of camouflage (or U-Bahn railway seats?). One could almost assume that the very everyday BVG emerged purely by chance from a series of coloured points. These currently obscured characters do not combine painting and the everyday without loving irony, to which the title ultimately contributes too. 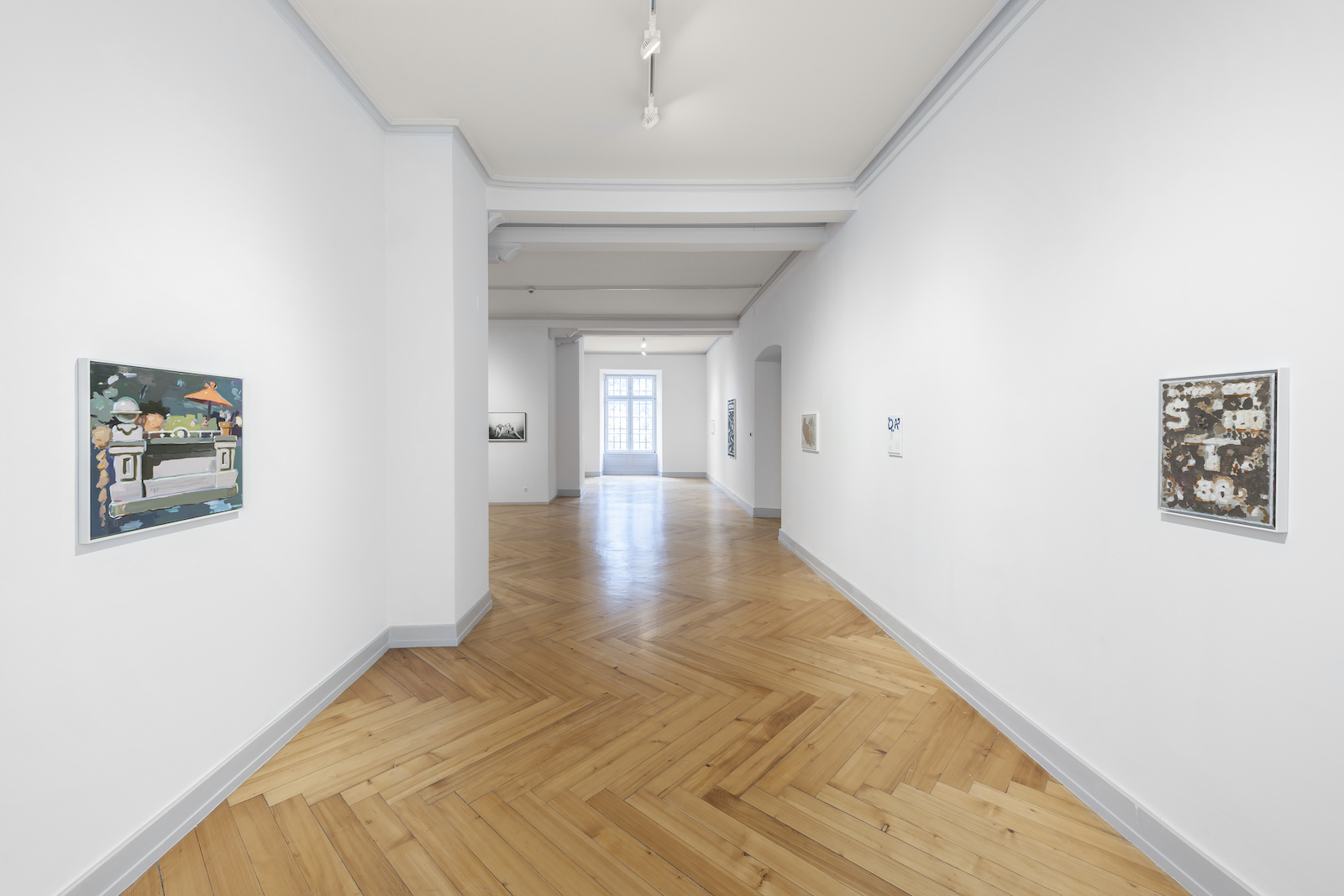 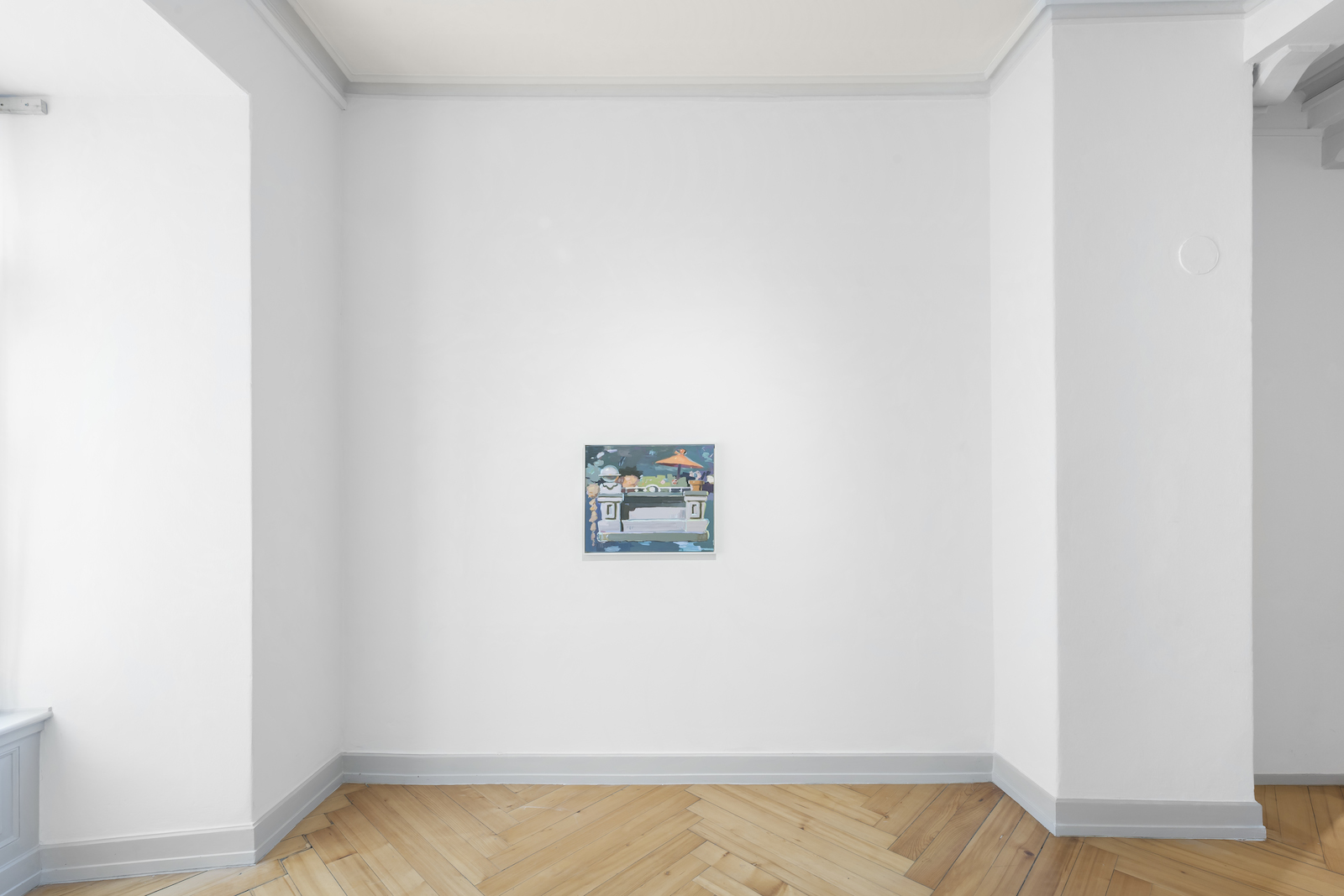 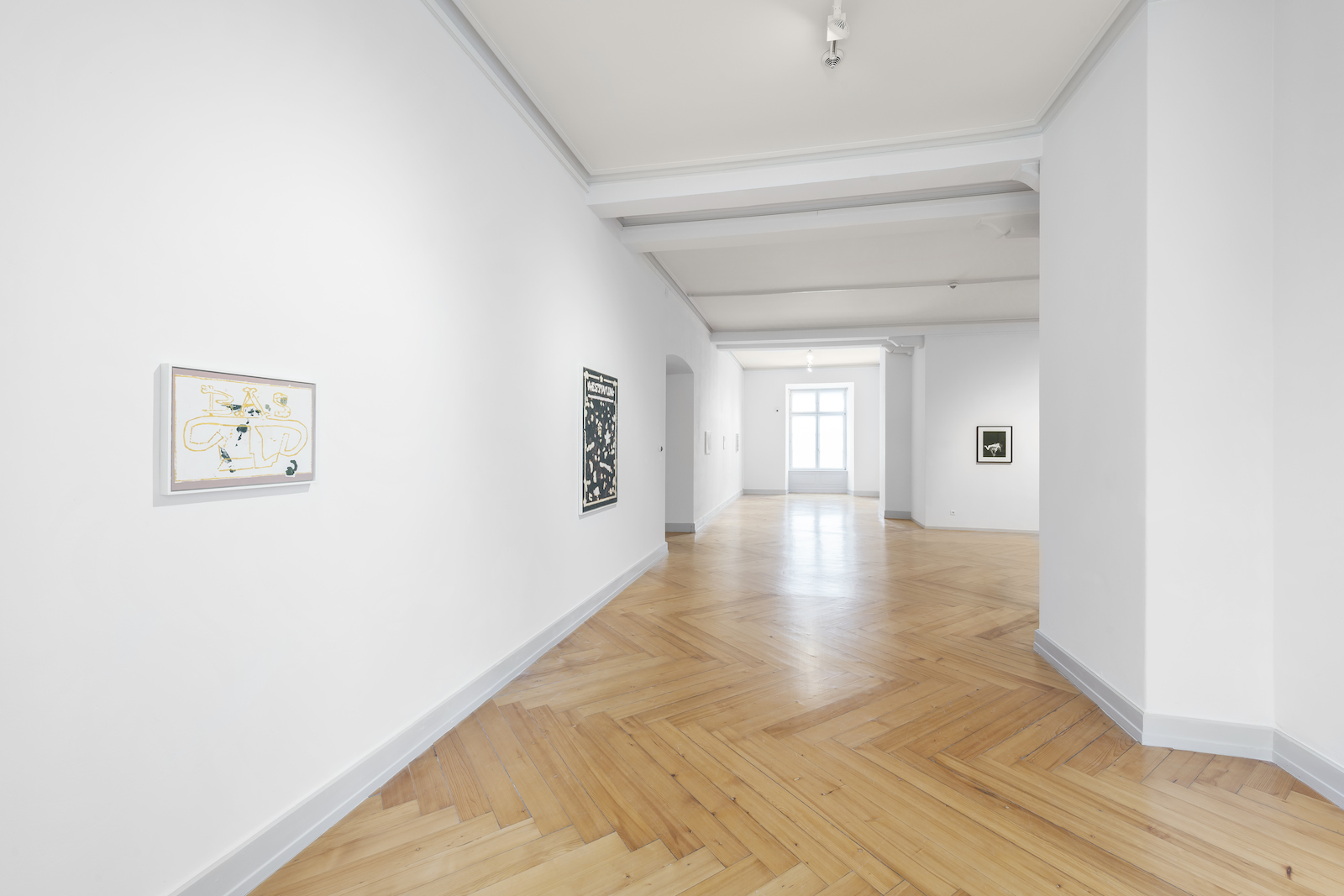 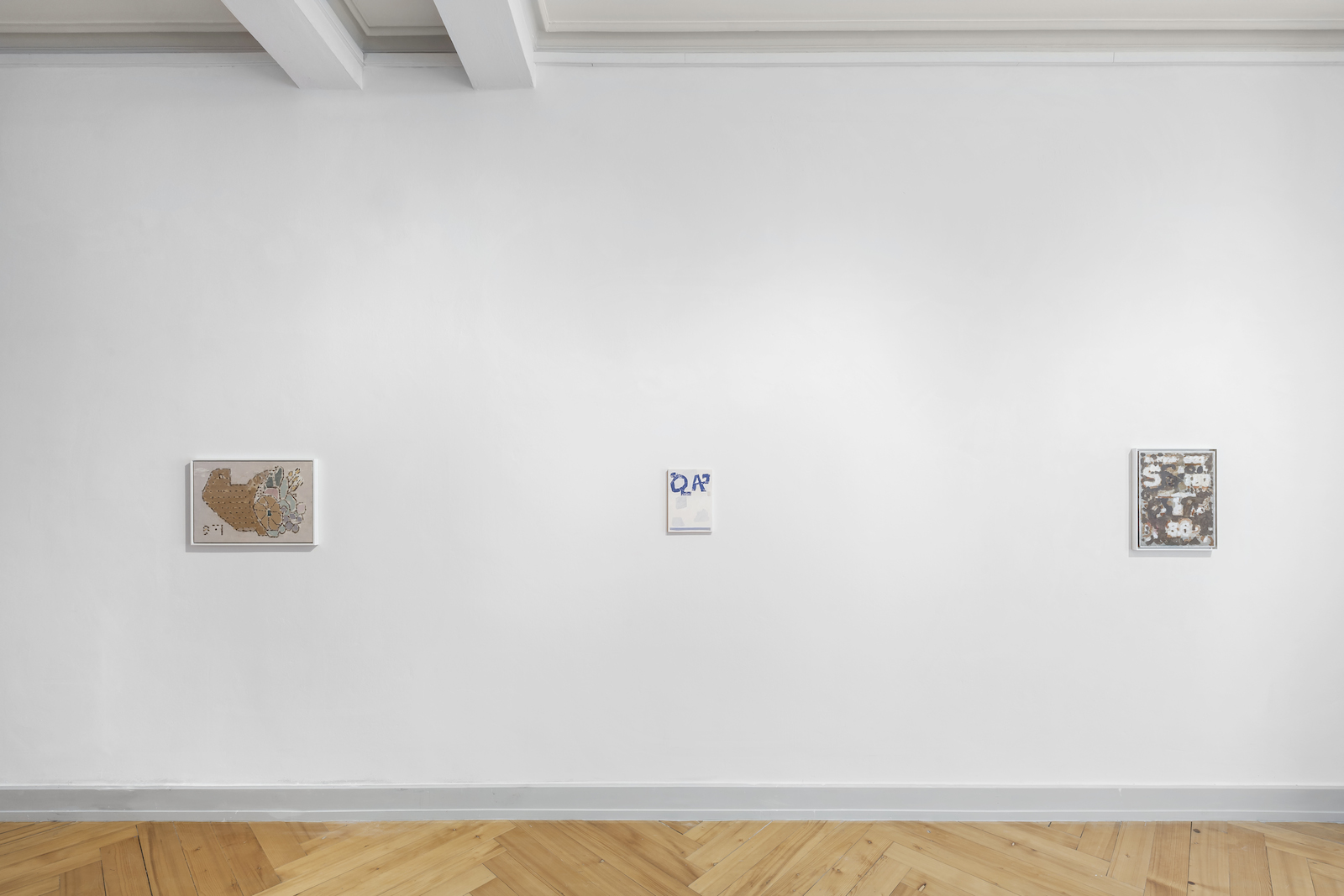 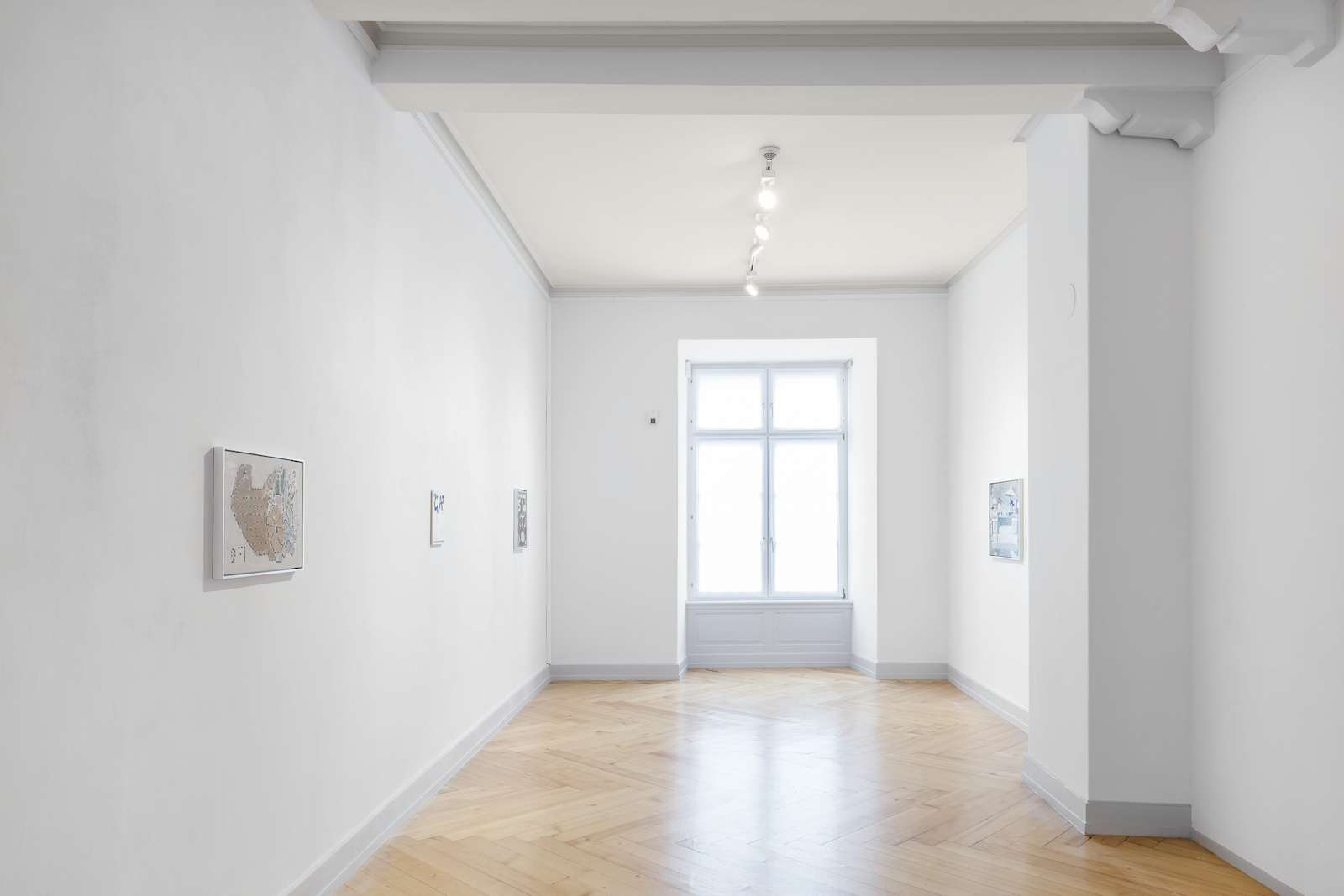 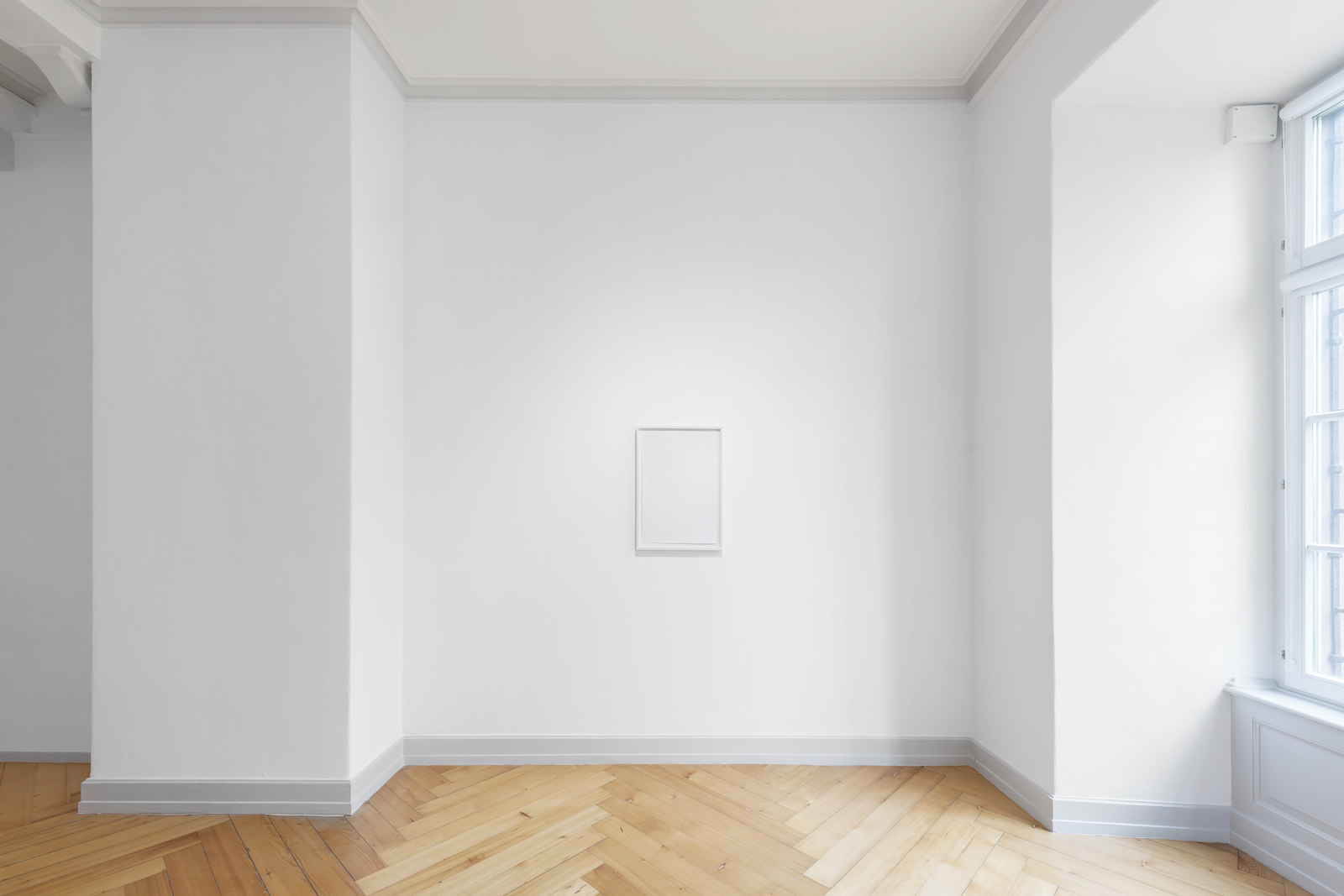 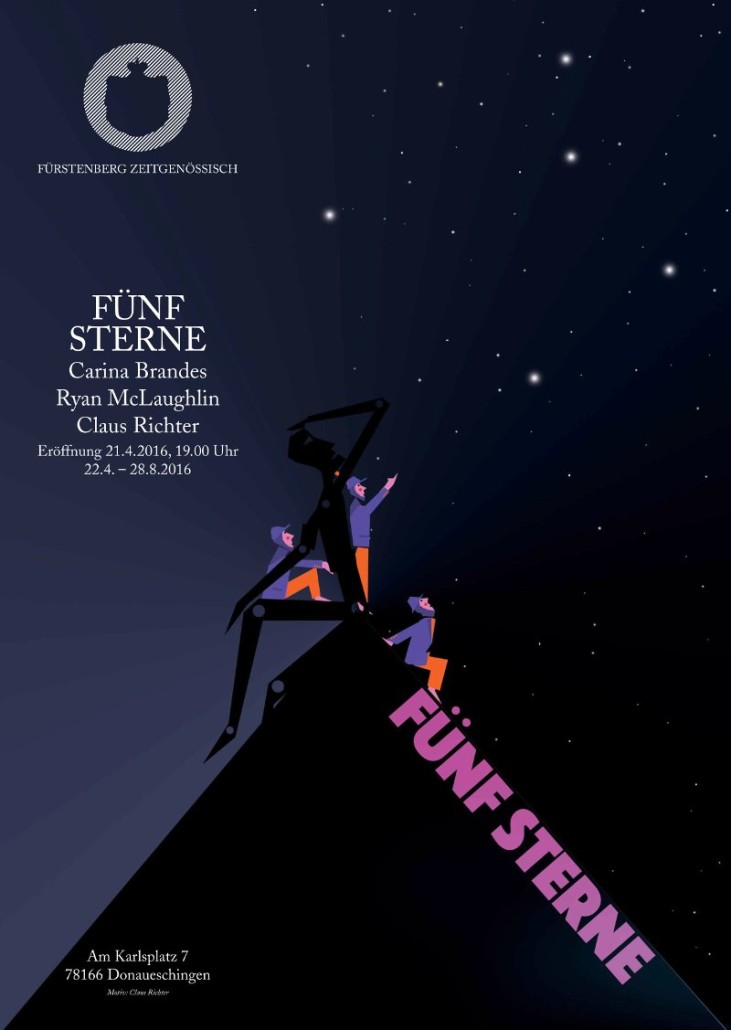