A woman laid bare on a canapé, delivered to the foot of a man wearing only knee socks. A man in a baroque robe and a dog in an open, prairie-like landscape. A woman who, sitting at a piano, drapes the hair of a hollow, almost ghostly female figure. A pointy-nosed man, who grasps a doll-like girl by the dress unnoticed.
The paintings and drawings by the artist Katharina Wulff, born in 1968 in Berlin and now living in Marrakech, suggest stories without beginning or end. A large number of her works show people in everyday, but also sometimes unusual activities: young women putting on makeup, people bathing or a rigorous, admonishing dialogue between an old lady and a girl against the background of a castle. Katharina Wulff’s sceneries at least mostly appear to be specific. On closer examination however, they take on more far-reaching meanings. The previous chapter of the suggested tale and the following remain unknown to a certain extent. The figures often appear lost in reverie, as though they are only conditionally part of the scenery. Even if they are connected to the here and now, they suggest far off spheres beyond the tangible reality. The images thus connect to a mysterious mood, reminiscent of dreams or a state of trance. Even the landscapes, which are an integral part of Katharina Wulff’s canon of motifs, give this impression: At first glance, lonely and untouched, her landscapes also reveal life in caves an on meadows and hills. With a fine feel for various currents in art history, Katharina Wulff has defined her own visual language, with which she sounds out the relationship between the familiar and the uncanny, between the concrete and unreal.
The “Castle Owner, For Example” exhibition, the title of which refers to the uncanny context of the presentation lying beyond normality, collects fifteen works by Katharina Wulff created from 2002 to 2014, upon the basis of which the characteristic traits and peculiarities of her work can be directly traced. 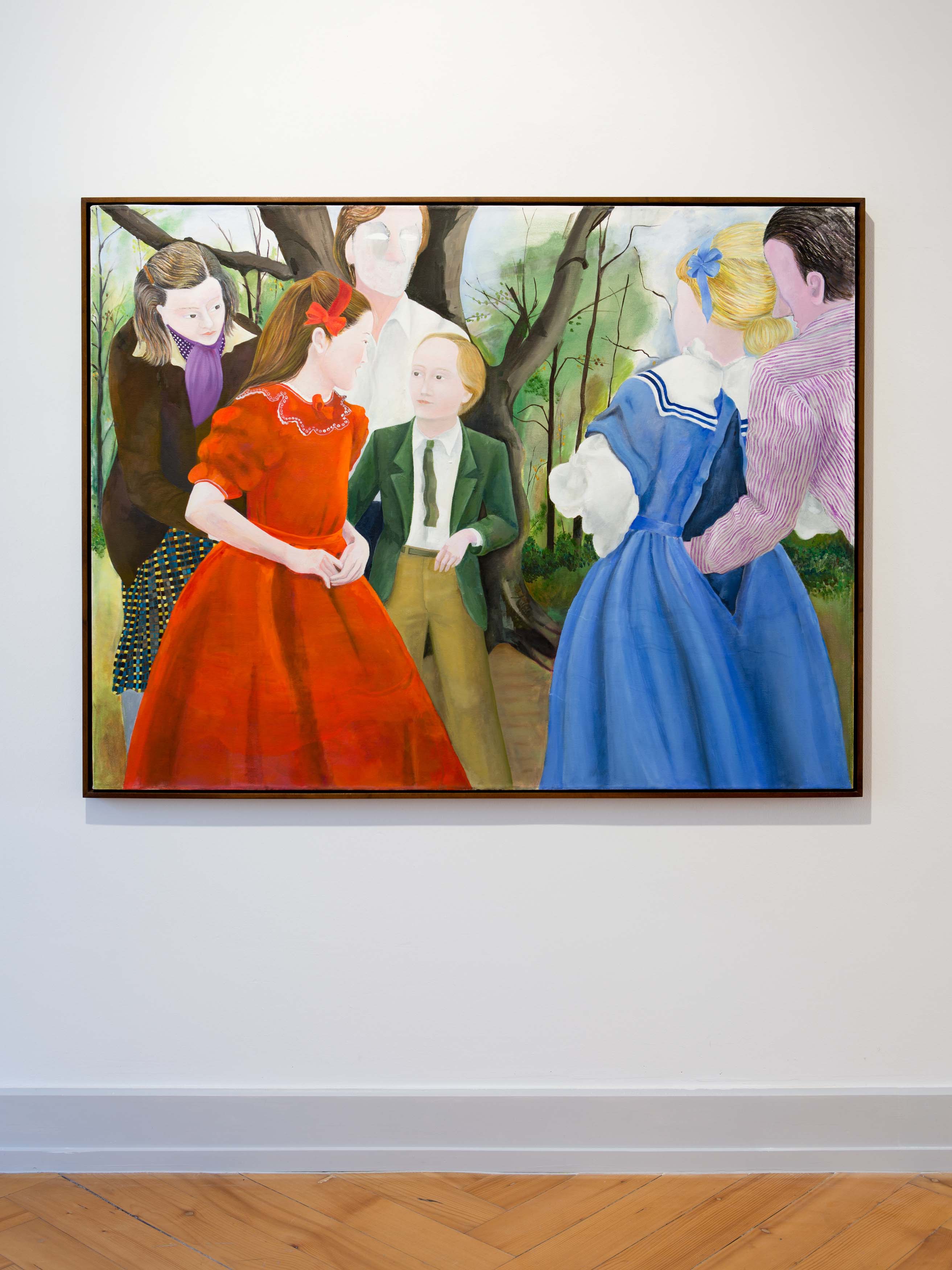 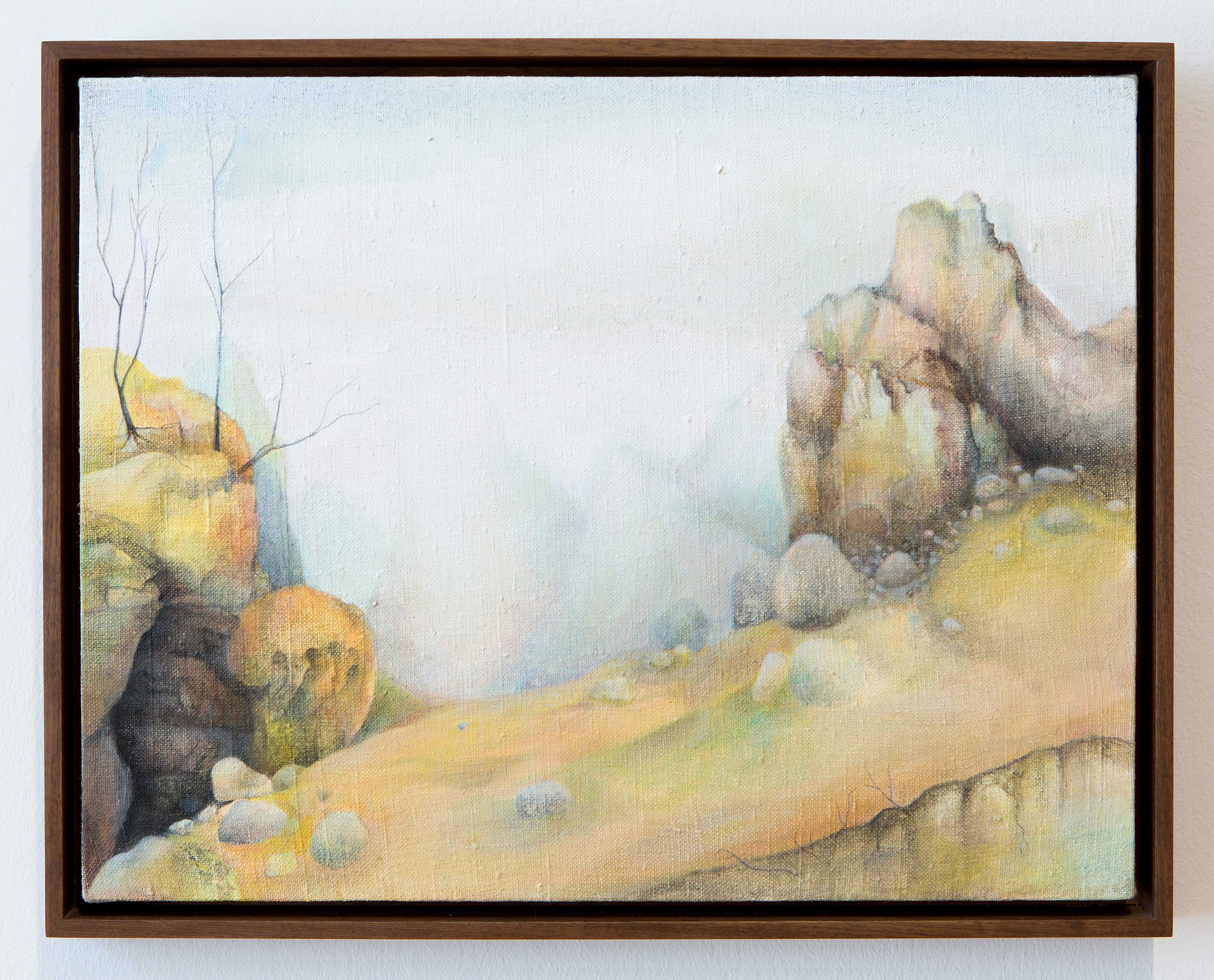 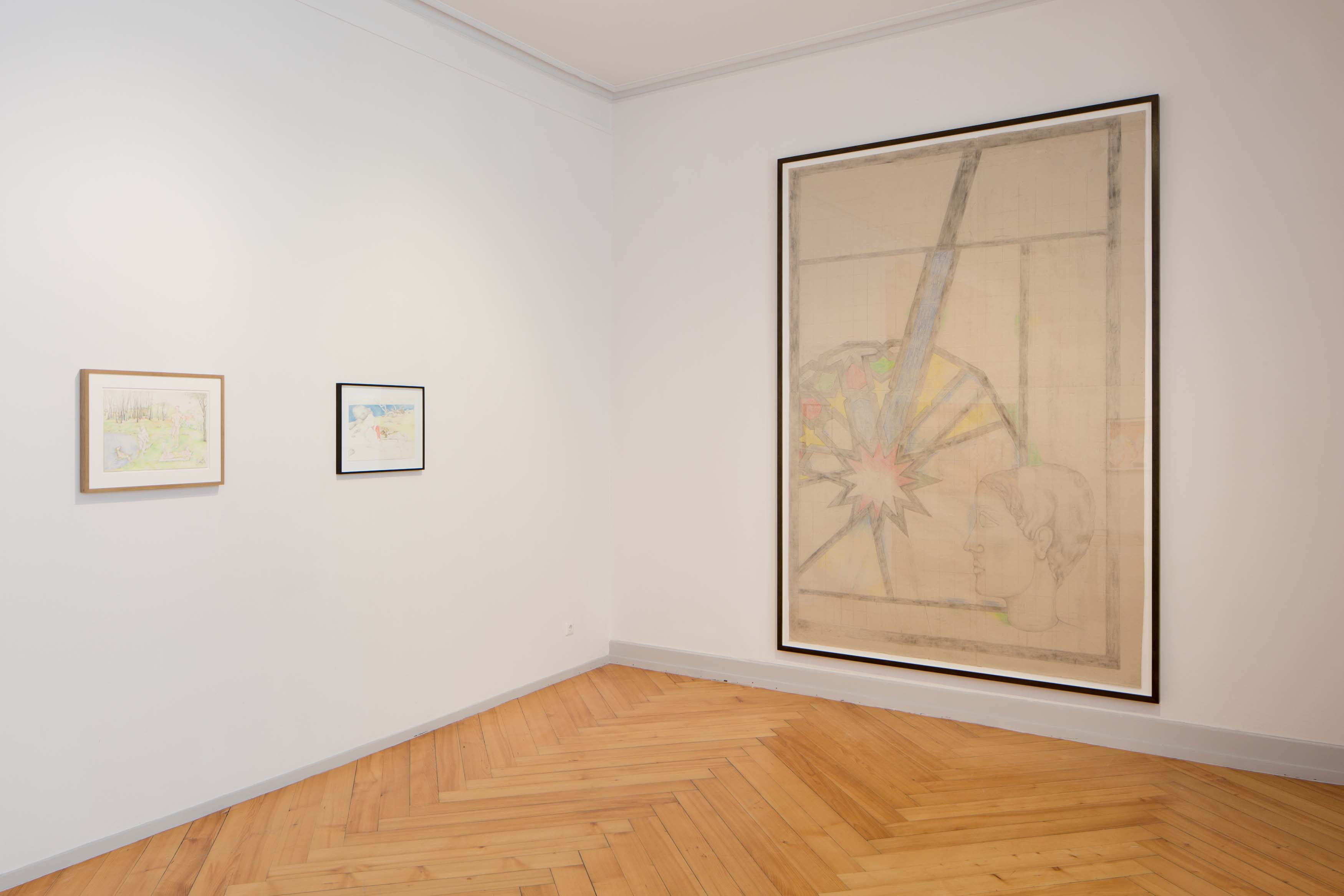 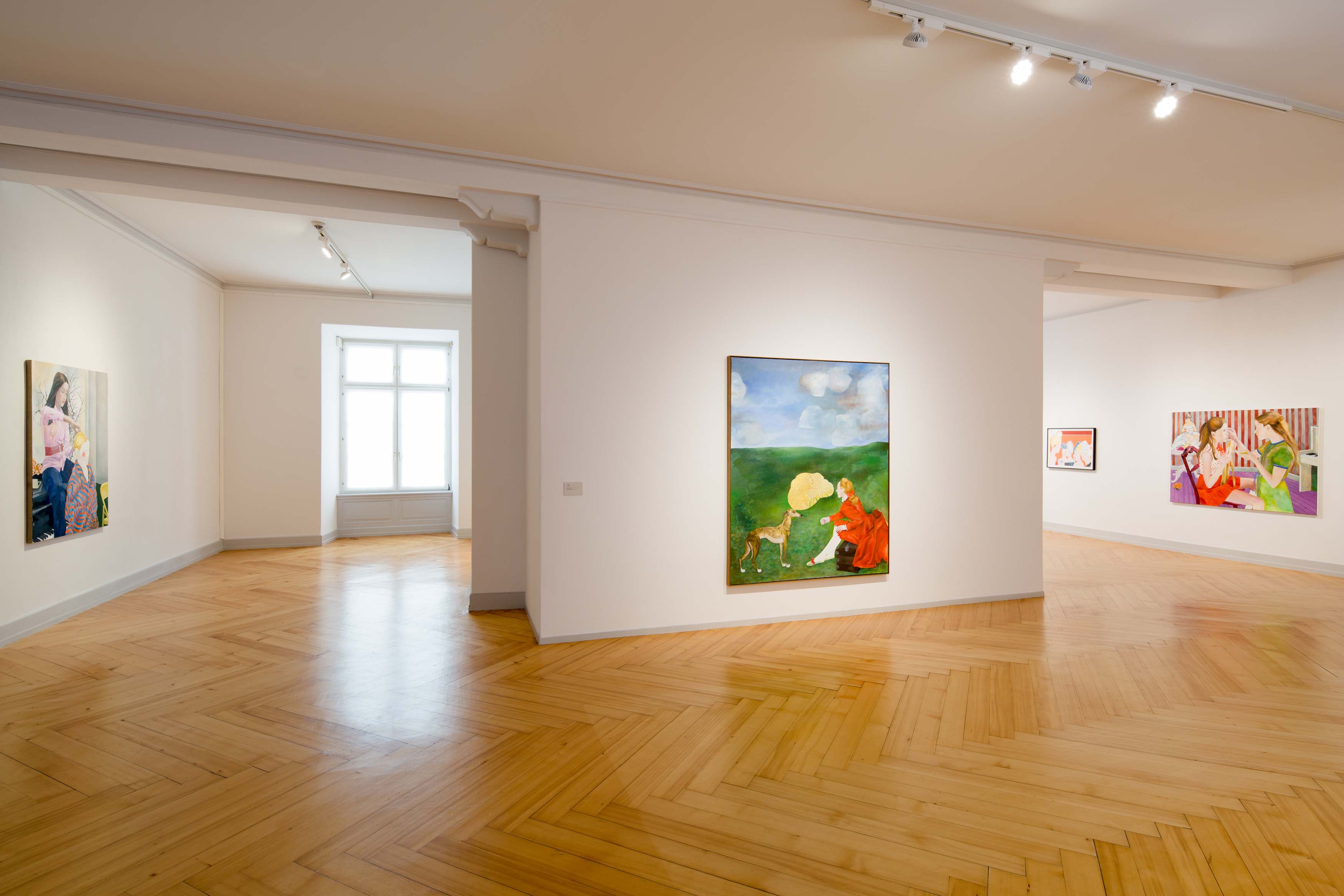