With the “Five Stars” exhibition, Fürstenberg Contemporary presents the fifth year of the Fürstenberg Contemporary fellowship programme – the fellows of 2015: Carina Brandes, Ryan McLaughlin and Claus Richter.
The starry sky has fascinated mankind for thousands of years. The five stars comprise the images generally projected onto it by man. Very bright stars serve the purposes of navigation and finding one’s way in the world. Thus, the work of these three artists addresses the questions of “where to” and “being so” in different ways. Their works show different roles and image overlays, incongruences and the fantastic, which can be traced along different routes.
The black and white analogue photographs by Carina Brandt (*1982, living in Berlin) always show female bodies in indeterminate, sometimes utterly unreal sceneries in moments of encounter with props or the surroundings. It is often her own body that she photographs, whereby she is usually unidentifiable as a person because hair and objects hide her face or a movement results in the blurring of an image. Brandt’s photographs multiply and complicate the body through duplications and shadow plays, and also take on different roles in the production process. Another recurring motif in this context is approaching the animal or becoming animal through masks, interactions and joint poses. The situations Brandt stages and photographs do not tell any stories, but rather open up a pure, surreal presence. They show in a simple and natural way unexpected incursions into everyday life and the totality of the subject. During her stay at Heiligenberg Castle, photographs were created in the local scenery, which can now be seen in the exhibition, supplemented by further works.
The pictures by Ryan McLaughlin (*1980, living in Berlin) are unreal in a very different way. Often, the painter takes the logos and lettering of companies as an initial or physical reference point, while on the rest of the canvas extremely unique, abstract imagery is created. This deconstructs an expectation derived from the signal “logo”, the associated colours and the standardised image formats reminiscent of public advertising posters. Because these genuinely picturesque accumulations are so far removed from advertising aesthetics. The recognisable characters are not transfers, but rather manipulations. McLaughlin revises image formulas, obfuscates graphic characters with each other, abbreviates and changes them. Thus, now unclear characters are created that ironically both connect and separate painting and the everyday in laconic, soft combinations. The American artist often chooses transport company logos, such as airlines, thus invoking perspectives that can be associated with overdevelopment and pictorial appropriation.
The special environment of Heiligenberg Castle offered Claus Richter (*1971, living in Cologne) the ideal environment to develop his 20 minute musical film, “Salve Monstrum”. In his installations, Richter often creates walk-on stage scenes or dioramas of both magical and abysmal worlds populated by machines, dolls and creatures from dreams, for which the castle provided an ideal setting. Here, the artist has transformed his enthusiasm for fantasies that blow reality apart and his belief in the imagination as a counterpart to pragmatic necessities into a trendy and dandyesque game, in which he as the composer, choreographer and director, costume designer, singer and actor has combined almost every role. A royal court committed to the groove, a decadent king and a frustrated robber, both embodied by Richter, are the protagonists of this musical, in which the realm of fantasy rules and follies are quite plausible.
The magical and cryptic worlds of Claus Richter, like the photographs of Carina Brandt and the painting of Ryan McLaughlin, are marked by their poetic and humorous complexity, as well as and above all by their great autonomy. The stars of the three fellows light up the artistic sky with great promise – they are five star artists… 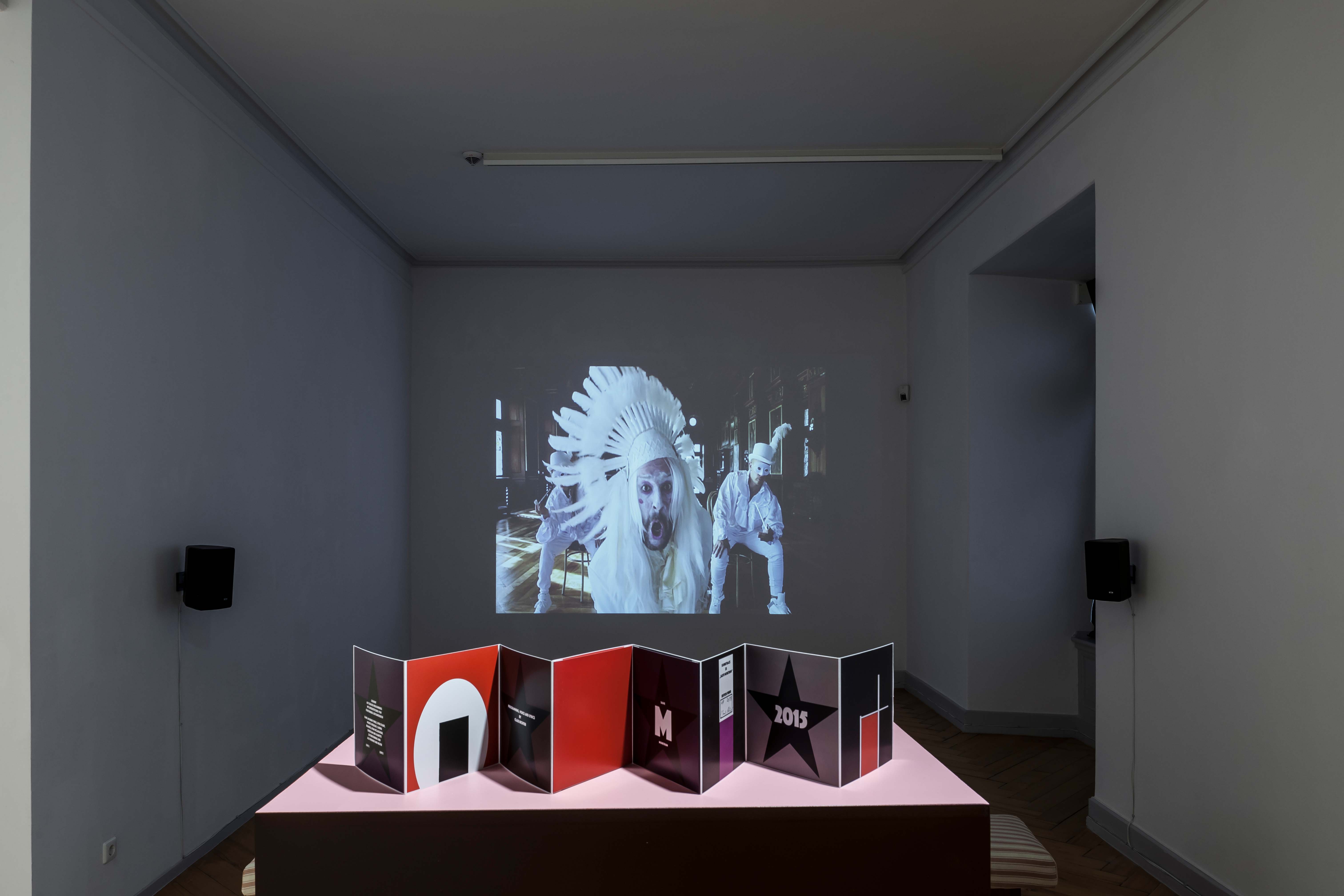 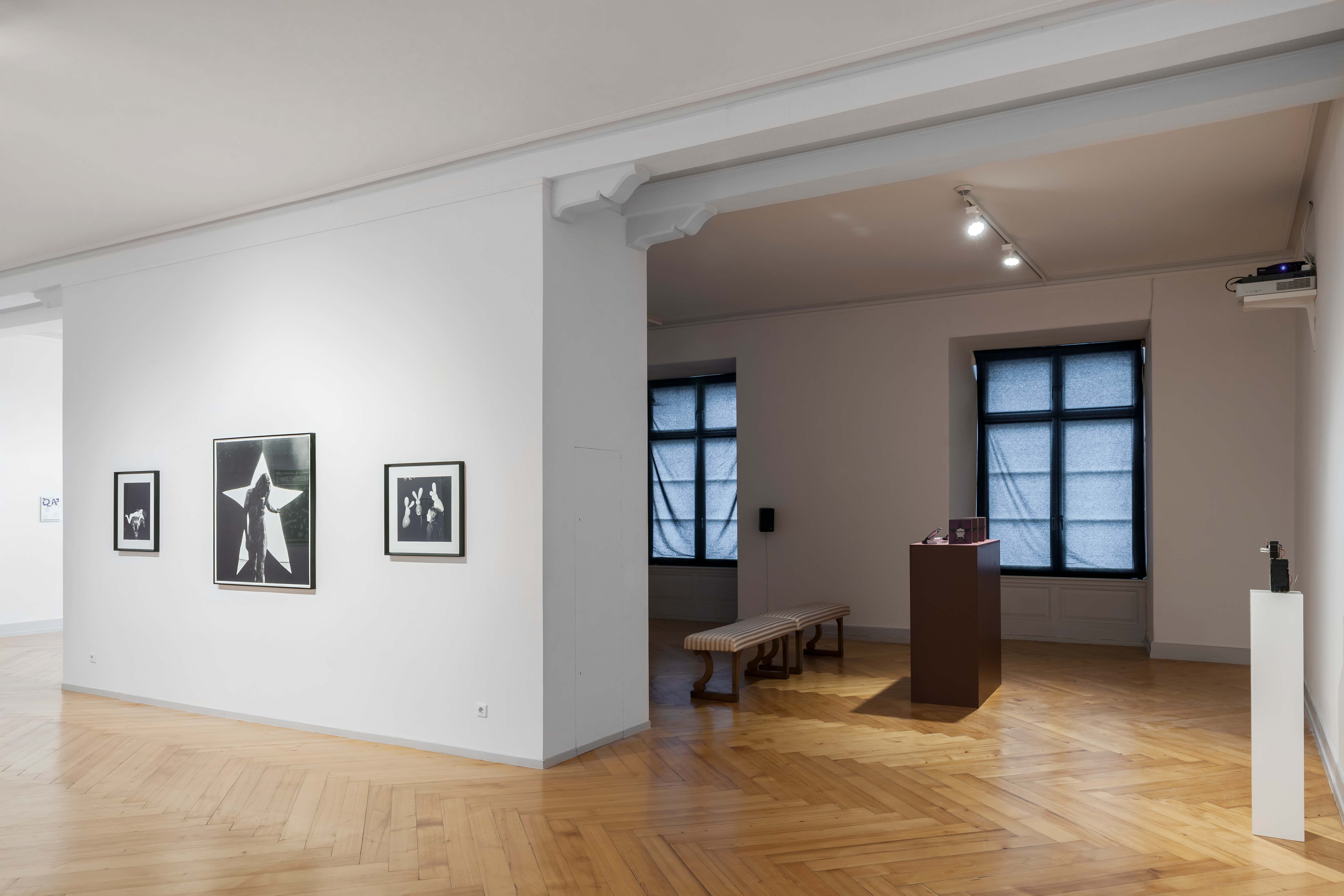 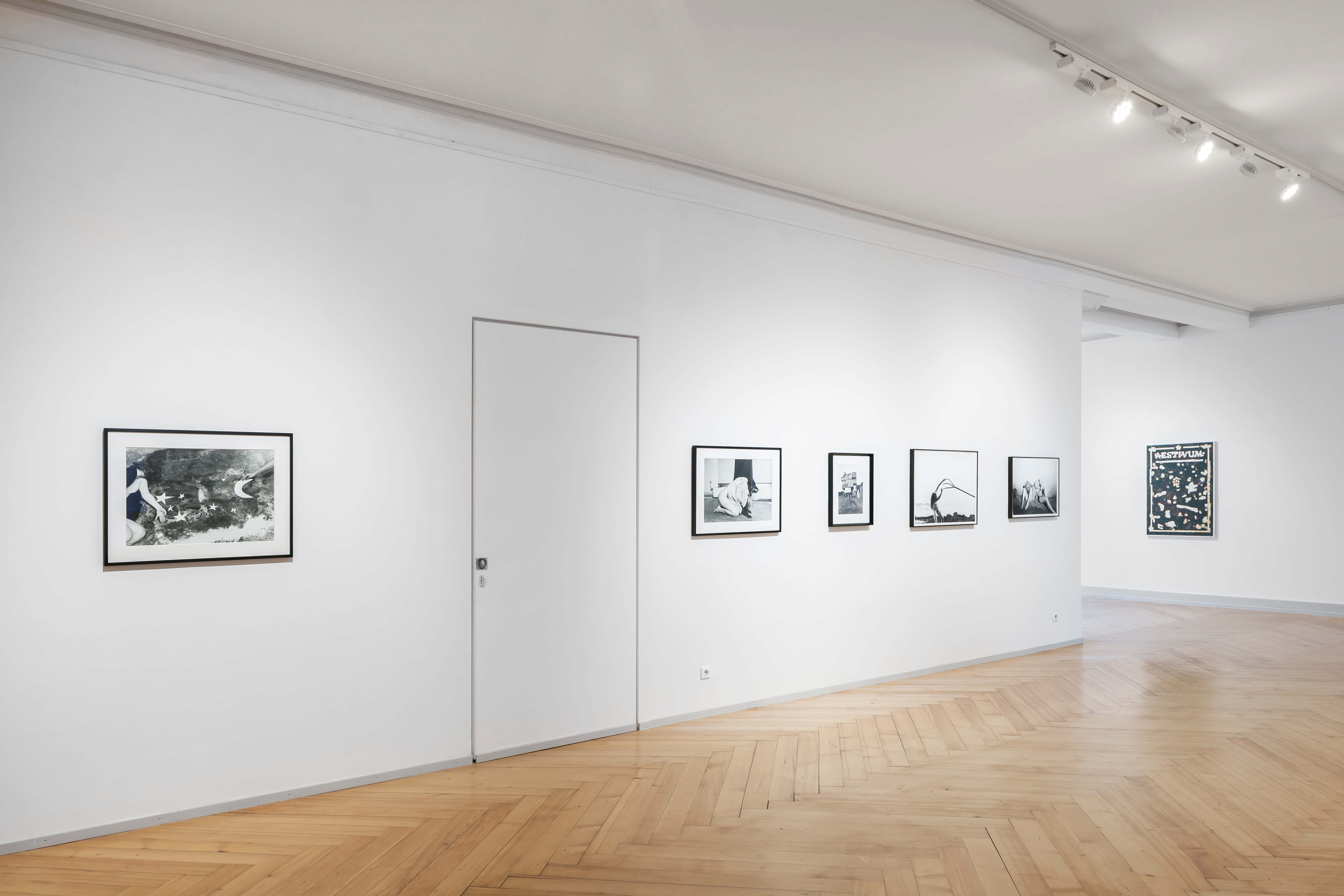 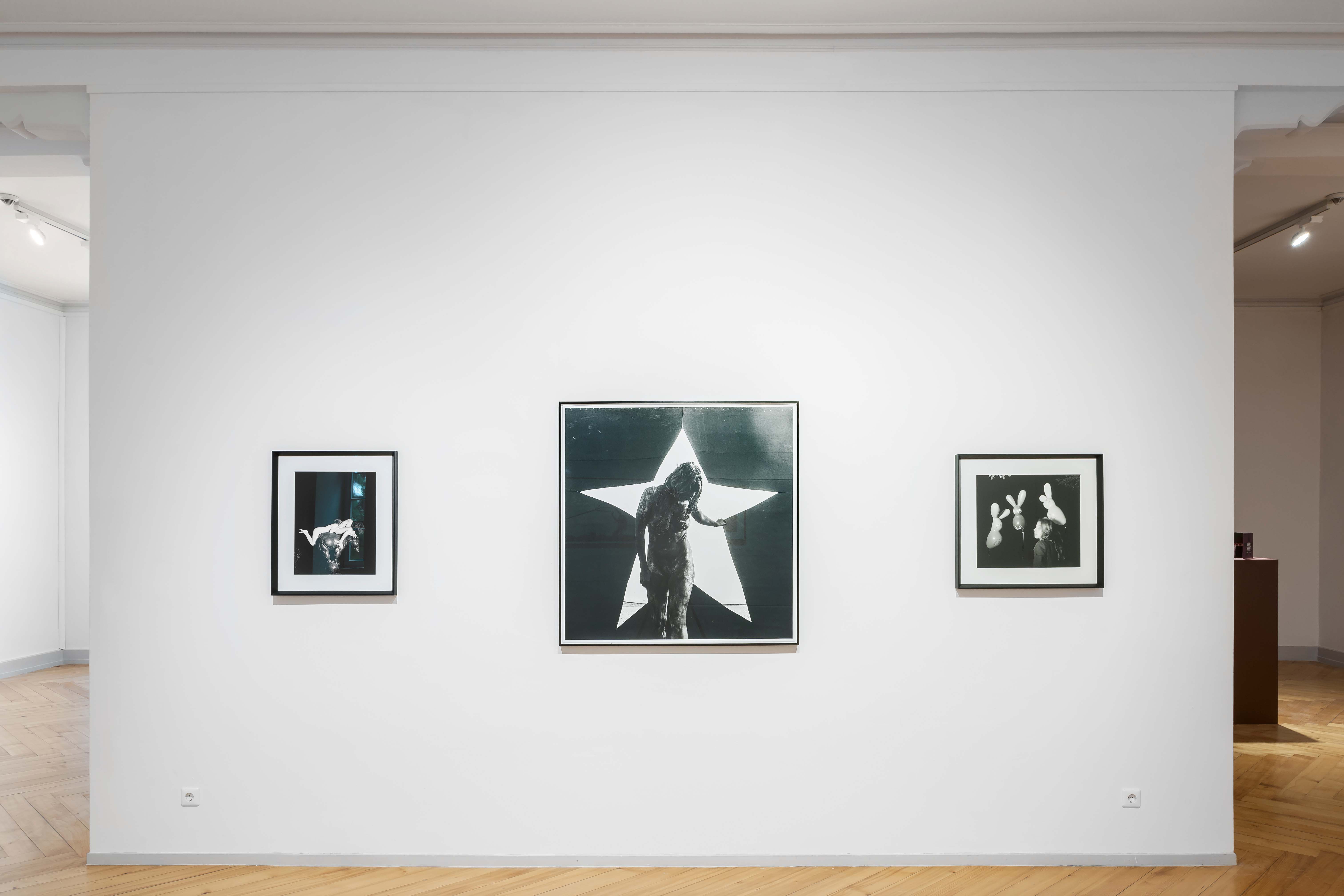 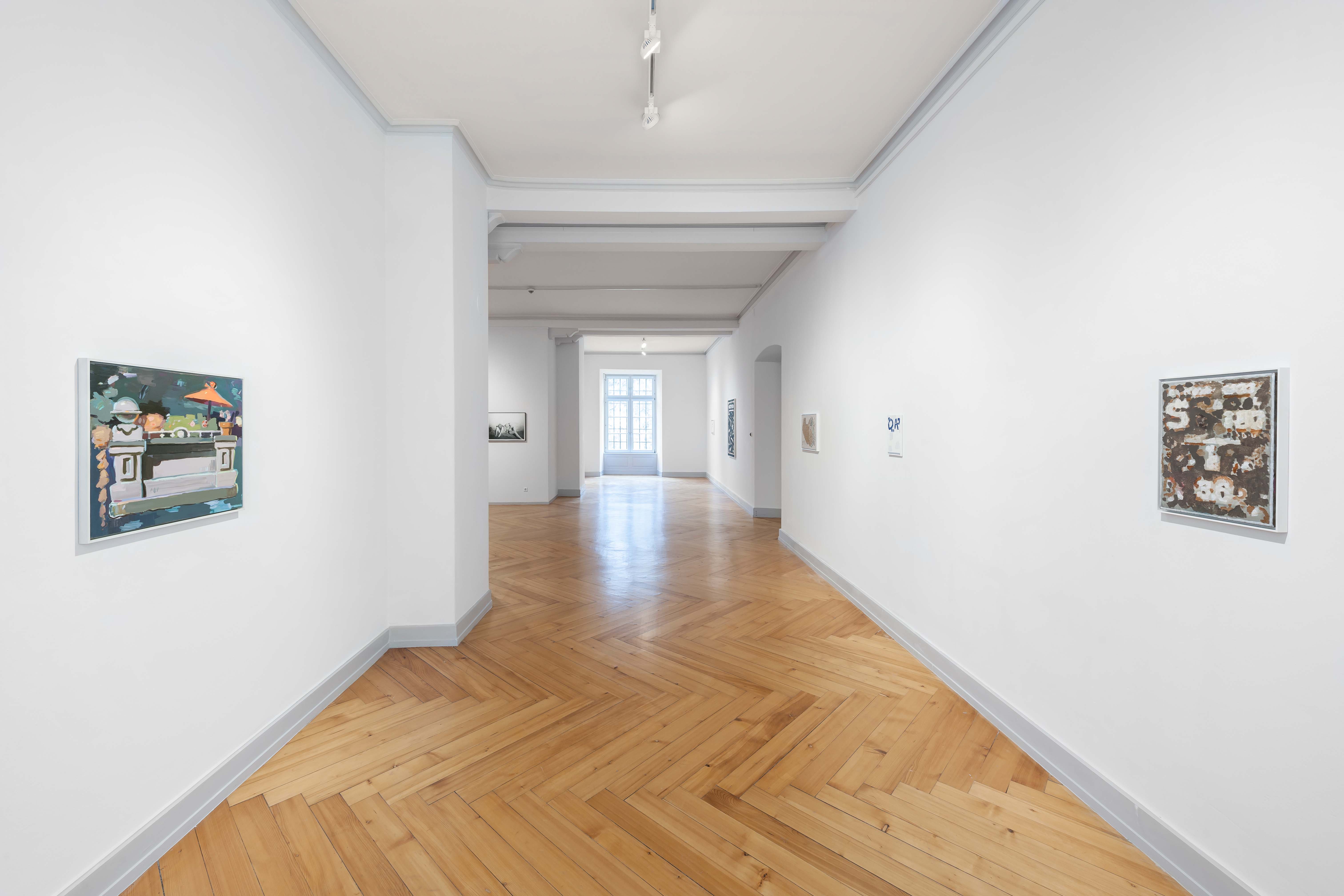 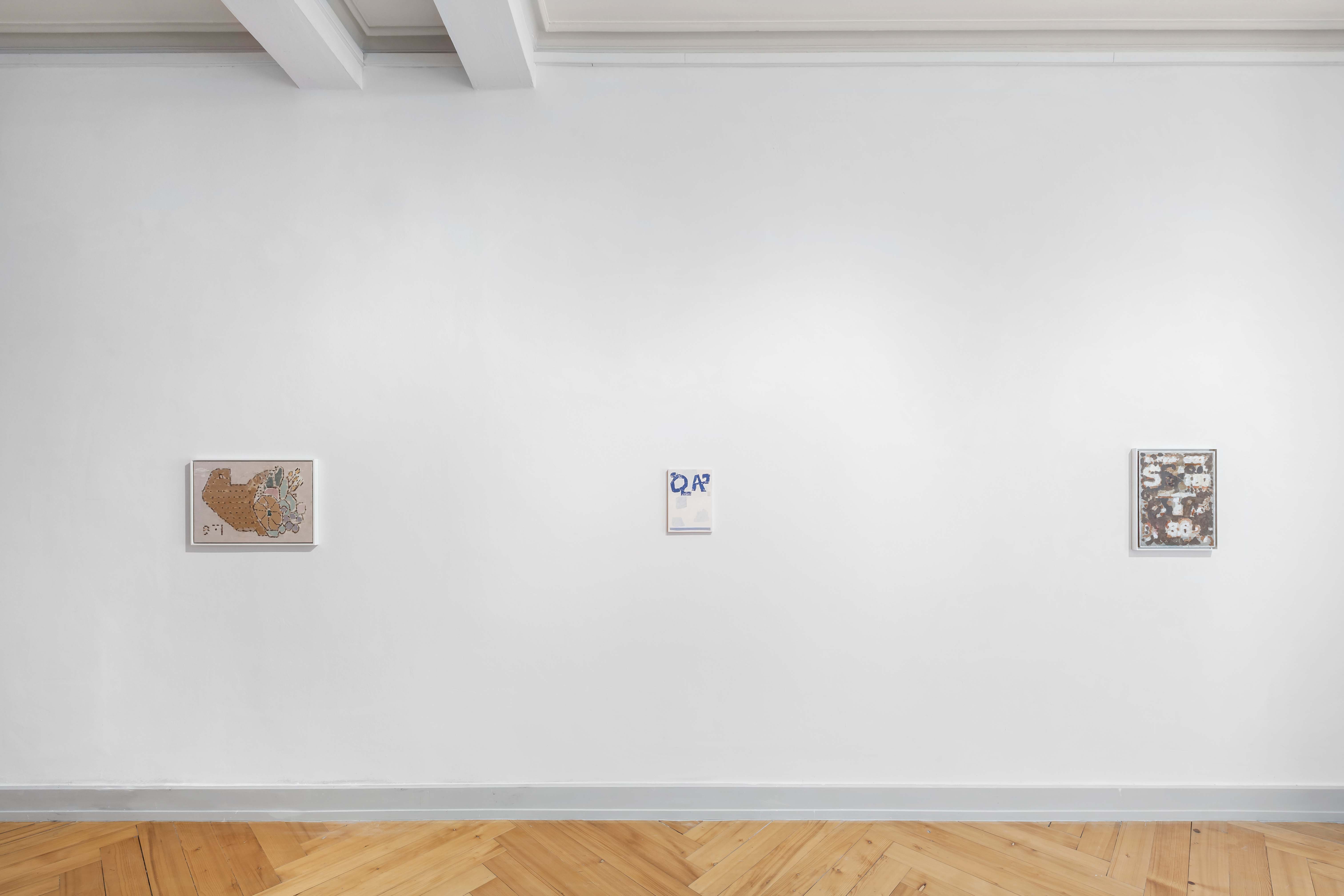