The poetic conceptual works by Kris Martin, born in 1972, revolve around the great themes of human existence: Aesthetically precise in their composition, his sculptures, installations, paper works, collages and photographs throw a subtle but impressive light on questions of life and death. Time and temporality are always the reference point for any reflections, taking the self of the artist as a starting point. The subjective part, however, is always so supraindividual as to challenge the imagination of the viewer.  The “Floreat Kris Martin” exhibition in the Fürstenberg Contemporary Collection shows the human drama of always wanting to achieve the best. In eternal circles, man strives and wants to blossom, and this is ultimately consecrated in death. But these efforts are not meaningless by any means. The Belgian artist, who addresses the inexorable passage of time, sets this in contrast to the material used, which time will inevitably outlive.
In Donaueschingen, Martin suggestively traces his lifecycle based on selected works. With “Predictor” (2004), a large format print of Kris Martin’s mother’s pregnancy tests, he indicates the beginnings of a life-long trail that begins even before birth and lasts until death. In between, time passes and something new begins: “Waiting” (2008) is a bronze cast of melted candle wax from the candle Martin burnt while waiting for the birth of his son.   “Still Alive” (2005), the silver-plated bronze cast of a model of Kris Martin’s skull, anticipates his own death and is, at the same time, a symbol of vanity that reminds of transience. By implementing works that come from very personal moments in objective materials, Martin creates a space for contemplation by the viewer between personalisation and culturally anchored imagery. The symbolically abbreviated invocation of this subject does not forget the position of the individual. With the “Idiot” series of works, Martin quite literally writes himself into the eponymous novel by Dostoyevsky: Over months of work, he copied it by hand and replaced the name of the (anti)hero, Prince Myschkin, with his own. He also invented a corresponding currency, whereby he had the one idiot coin embossed with his own likeness. Thus, Martin opens up a narrative with many meanings that metaphorically play with the great and the small, the everyday and the special roles on the world stage, serving as a reminder of the task of each and every one.
The exhibition at Fürstenberg Contemporary brings these together, along with works created specifically for the exhibition, as a story about life. Here, Kris Martin links his own lifecycle to many other strands, not least of which also refer to this special exhibition venue. 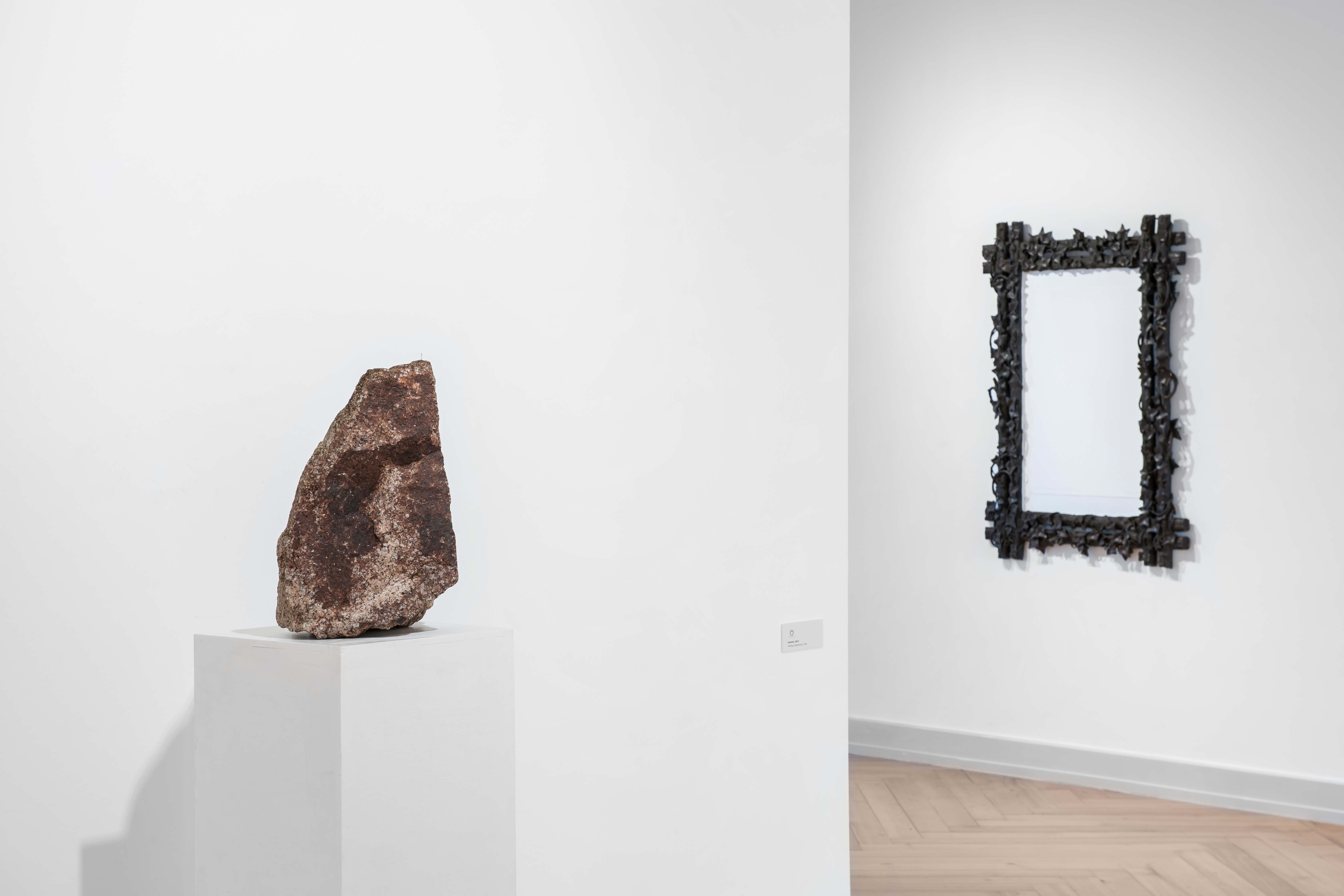 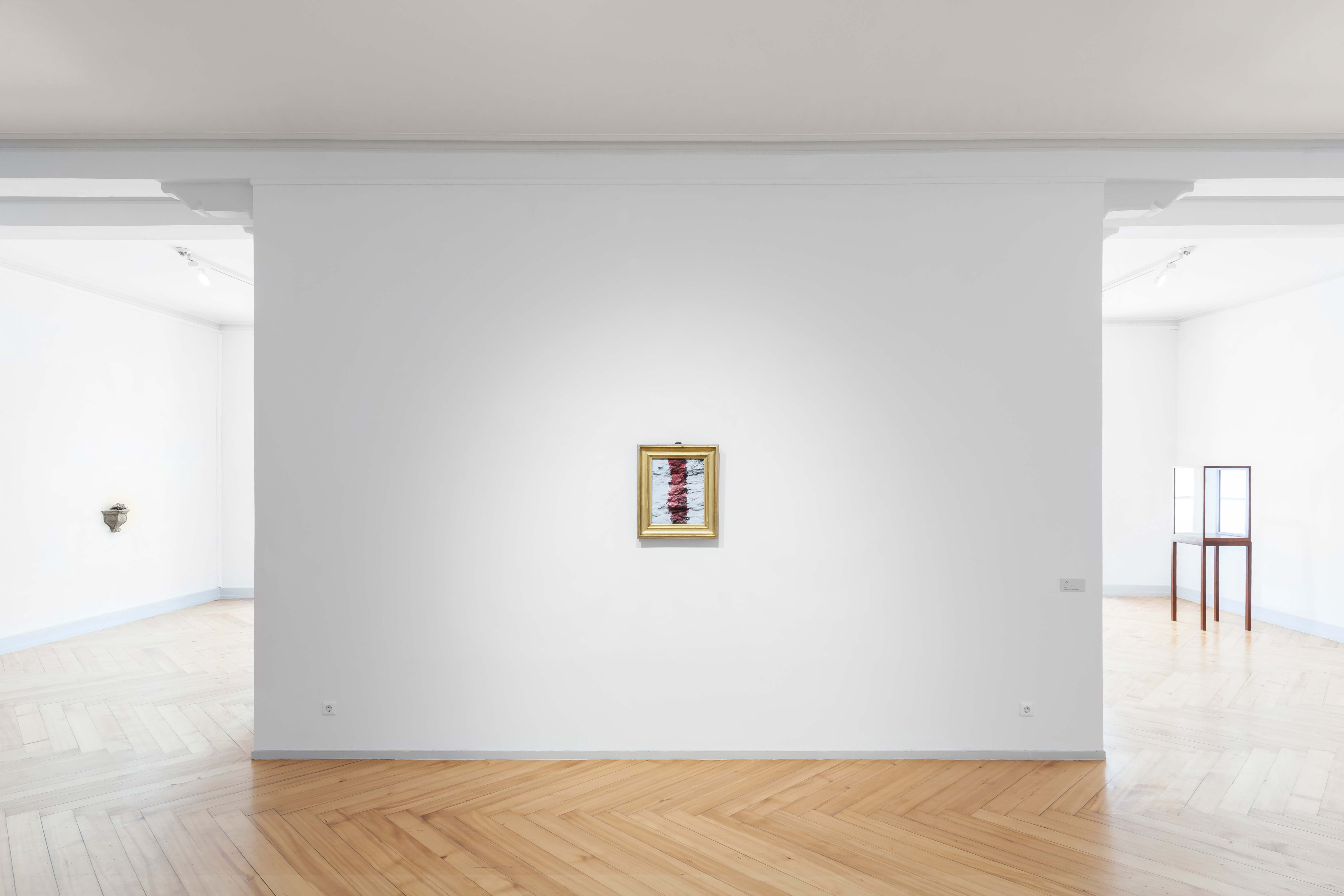 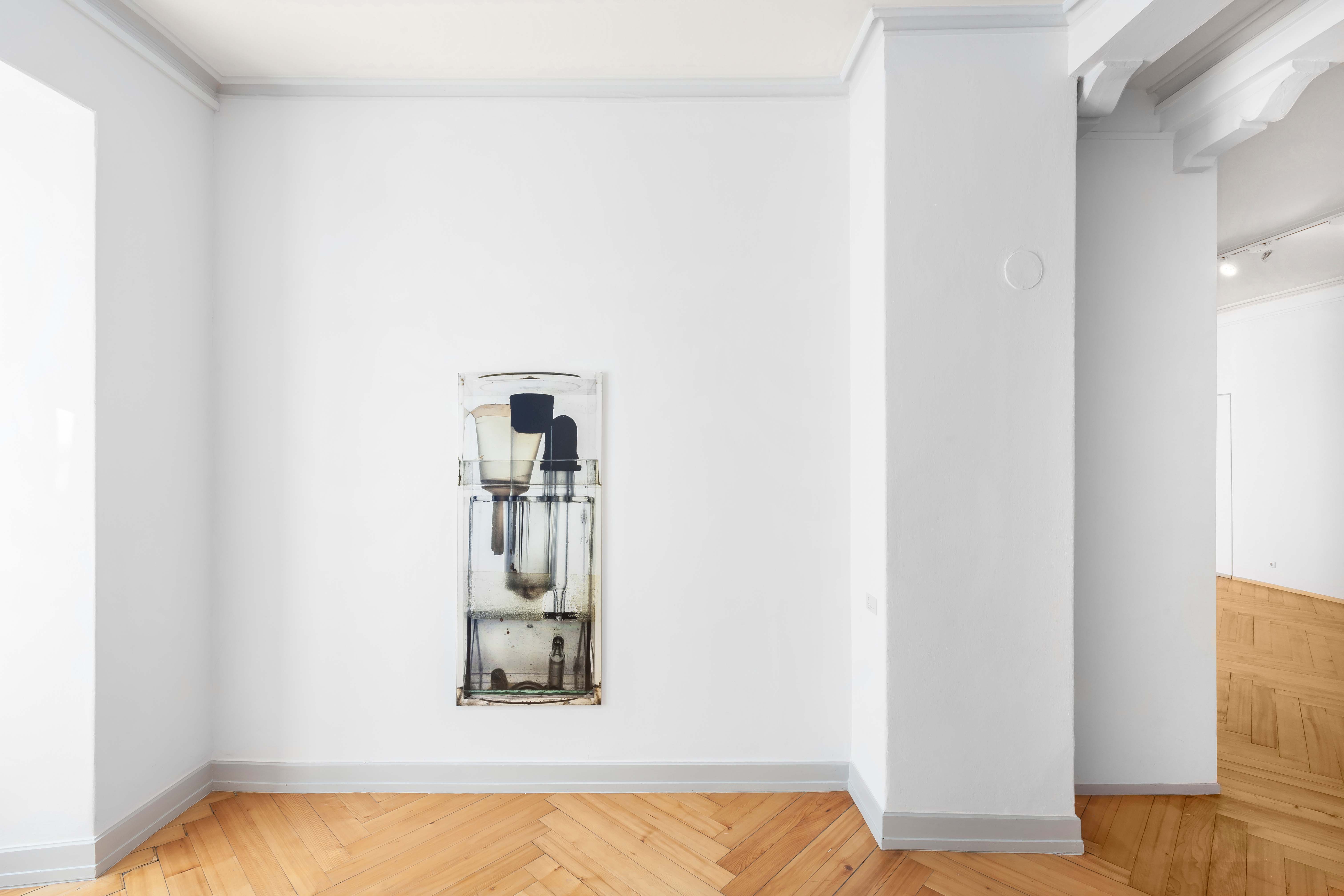 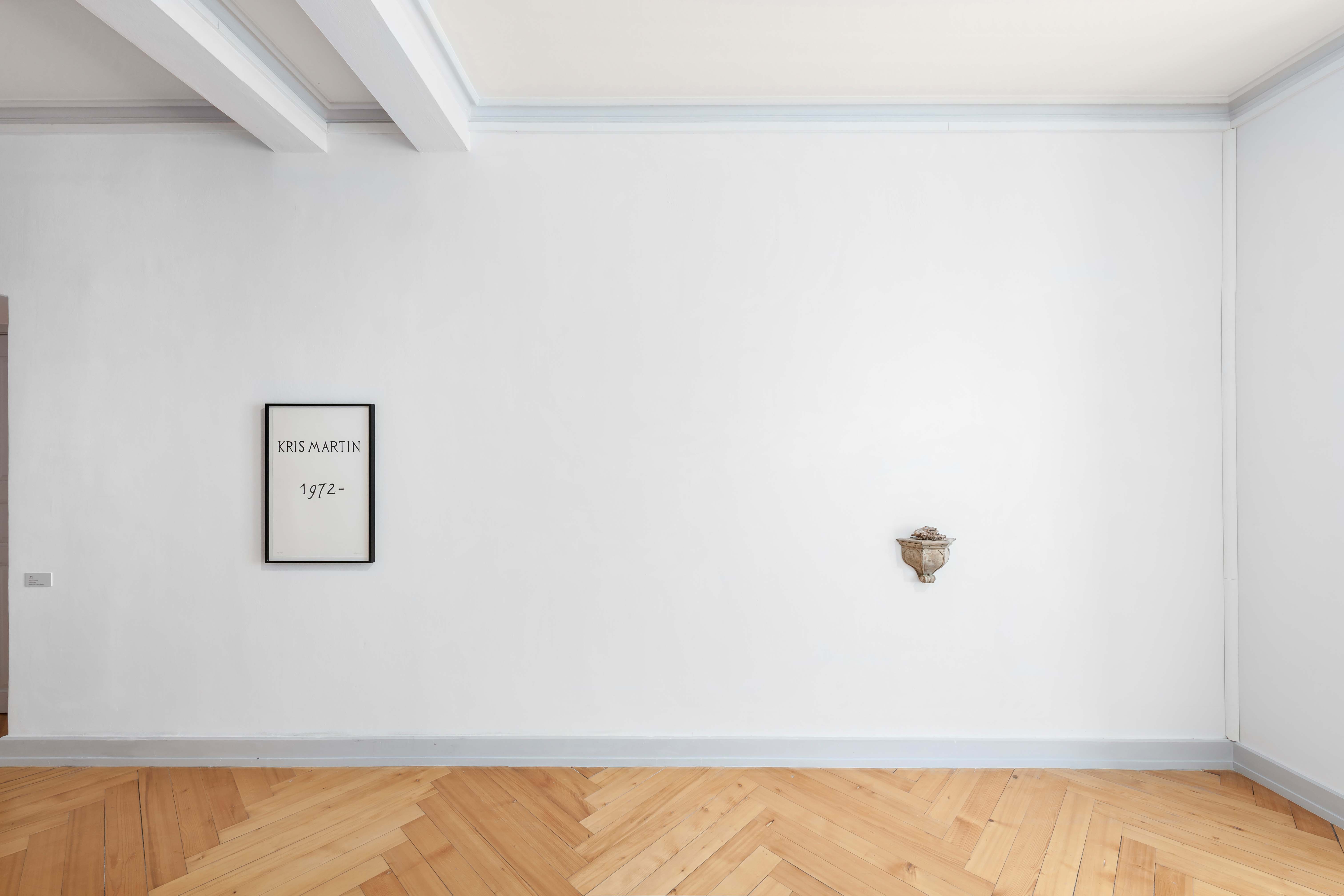 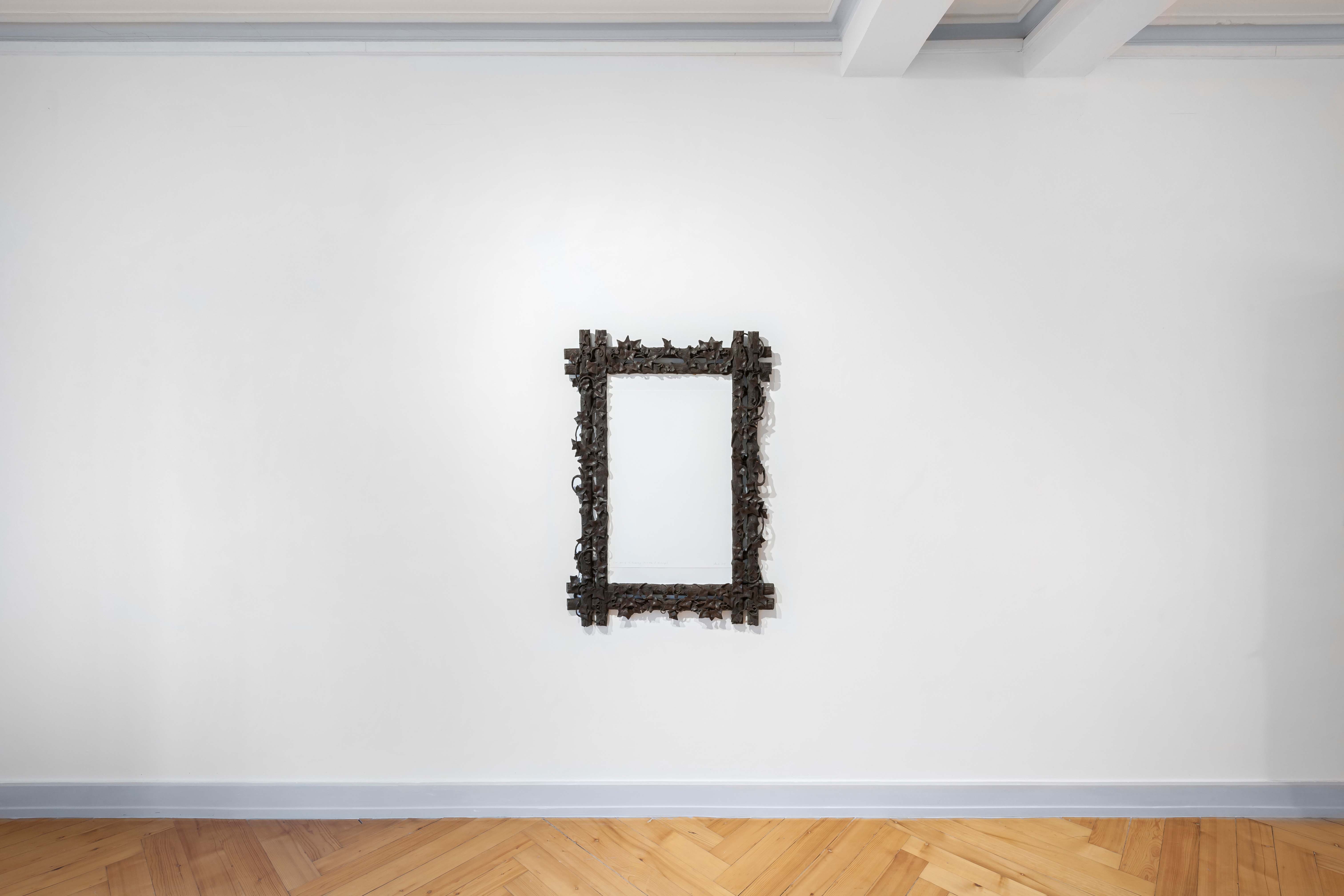