Three artists from three countries in three different media with three different approaches: Last year, David Adamo, Haris Epaminonda and Jonas Lipps participated in the Fürstenberg Contemporary fellowship programme at Heiligenberg Castle and are now showing their work within the context of the Trio exhibition, the third fellows presentation in the Fürstlich Fürstenbergische Collections.
With a spirit of discovery and a love of experimentation, the artist David Adamo, born in 1979 in Rochester, New York, sounds out the range of possibilities presented by the genre of sculpture. The American who lives in Berlin has, in particular, become well-known for his delicate and fragile wooden sculptures, which he carves from solid logs or for which he processes functional objects made of wood, such as walking sticks, baseball bats and hammer handles, until that their original functional value is completely lost. The expansion of the term sculpture in the case of Adamo lies primarily in the performative quality of his work, through which the exhibition space takes on a stage-like character. While he never presents his wooden sculptures without the traces of his craft, such as the wood shavings that have fallen away during the subtraction process, his subtle small-form sculptures also seem to create a human presence in space. However, anyone who is reminded of “Readymades” by his more recent work will see upon closer inspection that the nibbled biscuits and fruit, erasers, small radiator and supposed Styrofoam flakes on the ground are trompe l’oeils of painted plaster, clay, bronze or porcelain.
In the work of the artist Haris Epaminonda, born in Cyprus in 1980, film, photography, sculpture and installation merge to create an extraordinarily poetic and atmospheric artistic work. Her practice derives from the methodology of collage, where she combines found images and film material from natural historical archives, encyclopaedias and ethnological magazines, archaeological objects and cultural-historical artefacts as well as material she produces herself. Her multimedia collages, video or spatial installations have the openness of metaphors and invite you to make various associations. In her exhibited video work, for which she filmed an excerpt from a TV show, she uses cutting, montage and slow motion technology to create an extraordinary parallelism between the movements and gestures of a hula dancer and the melancholy sound of Lead Belly’s blues interpretation of the American folk classic “In the Pines”. Epaminondas associative links between different fragments of cultural history from ancient times up to the present day create more of a dreamlike kaleidoscope of images than a coherent narrative in the mind of the observer. This is also how the Polaroid series is presented, for which she photographed excerpts from existing images, a personal pictorial atlas, which deliberately reveals a comprehensible order and, through the ephemeral medium of Polaroid photography, also lacks any sustainability, but bears witness even more so to a great faith in the presence of history and the secrets of the world.
The works of Jonas Lipps, born in1979 in Freiburg, on the other hand, points in a completely different direction. The oeuvre of the artist who lives in Berlin revolves around variously busy main and secondary roads, as well as life’s cul-de-sacs. In his sculptures, collages and photographs, Lipps traces the meaning and nonsense of everyday life and created image worlds in his watercolours and drawings that oscillate between caricature, comic, dream and children’s book illustrations, portraits and genre images. Representations of composers, police officers, magistrates or teachers, coupled with the imagined depths of their subconscious. Inner worlds are compared with outer worlds, differences seem to disappear.
Jonas Lipps’ works are marked by an extraordinary artistic subtlety and, despite their apparent sketch-like nature, remain in the consciousness of the viewer for quite some time. 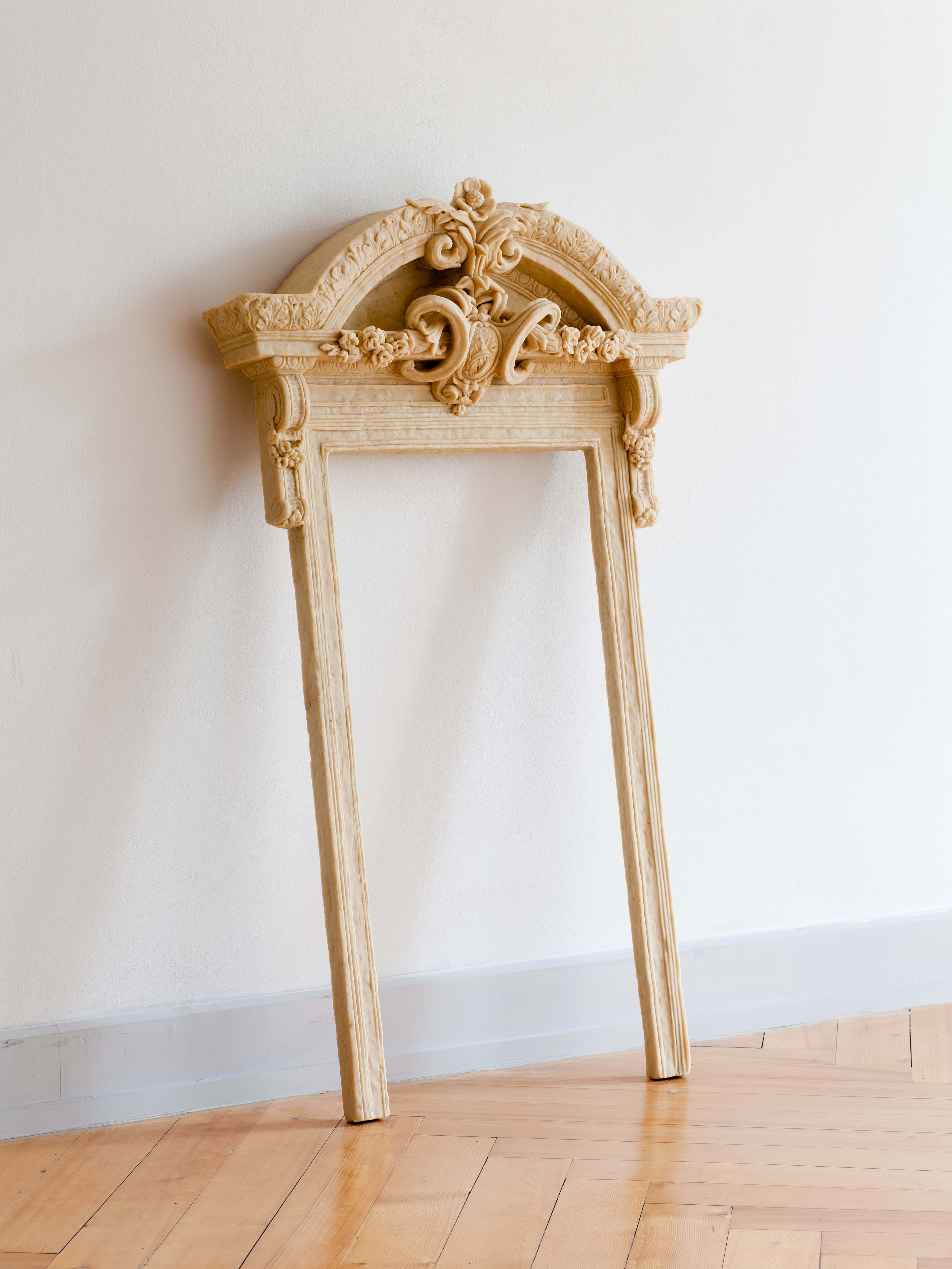 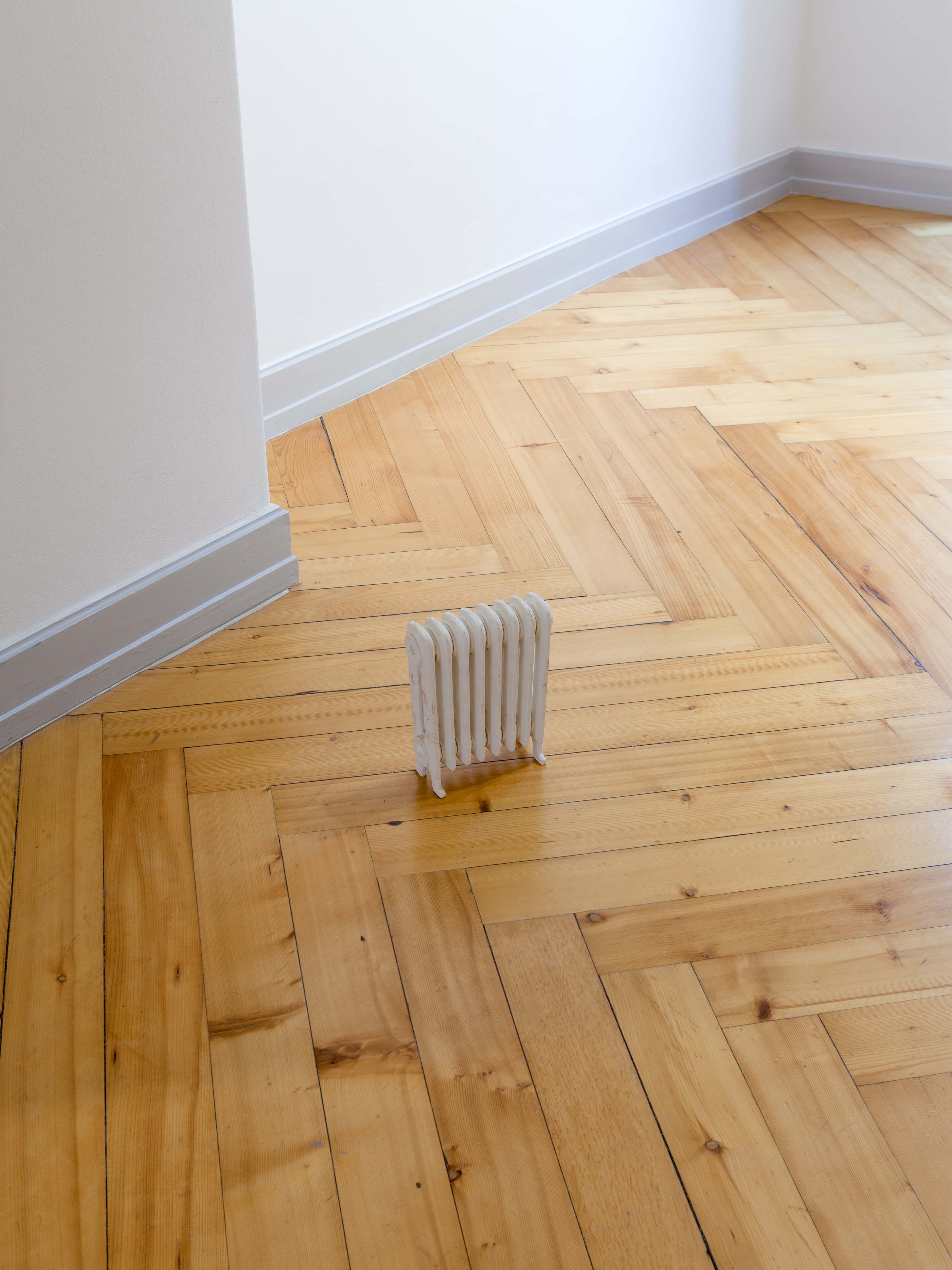 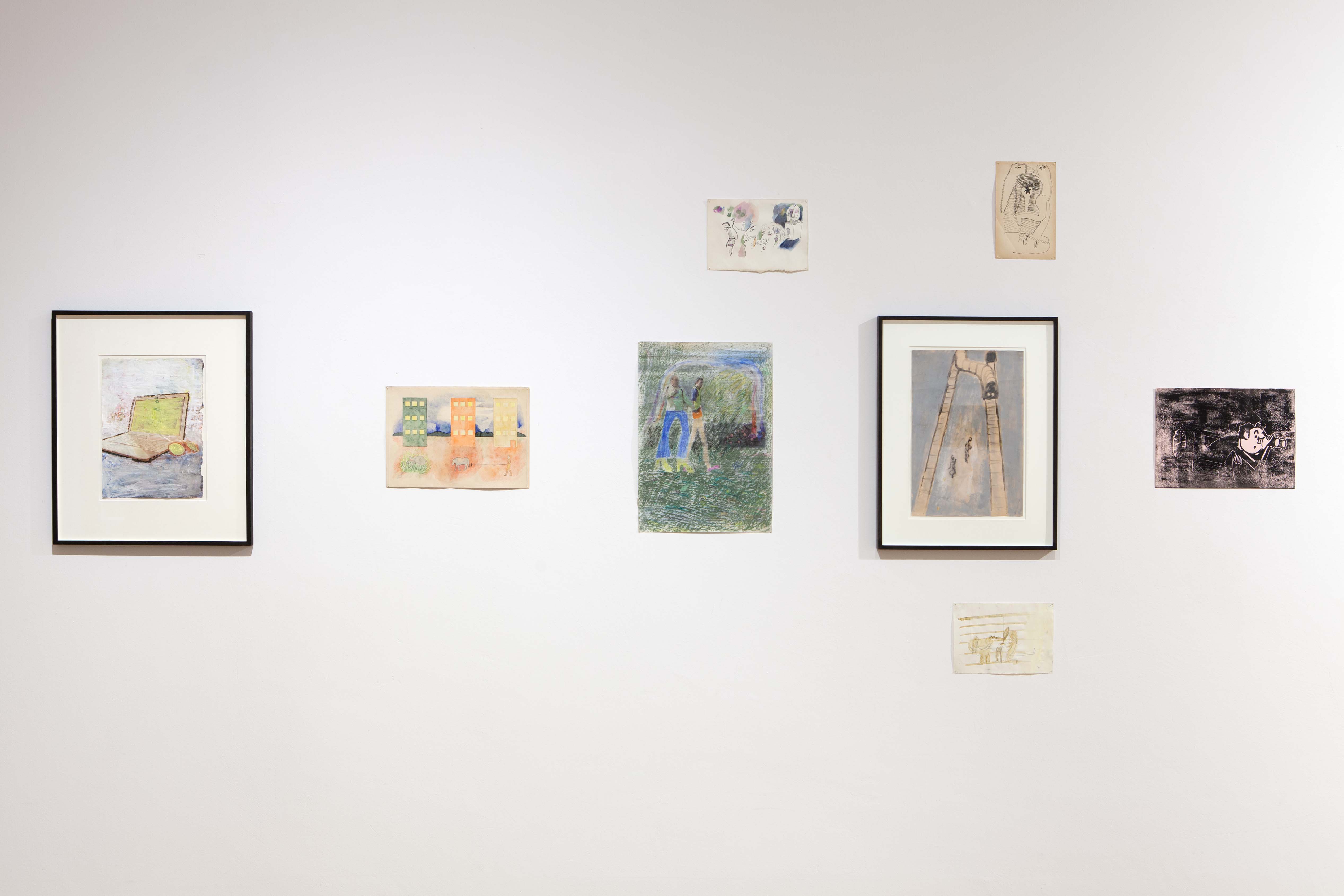 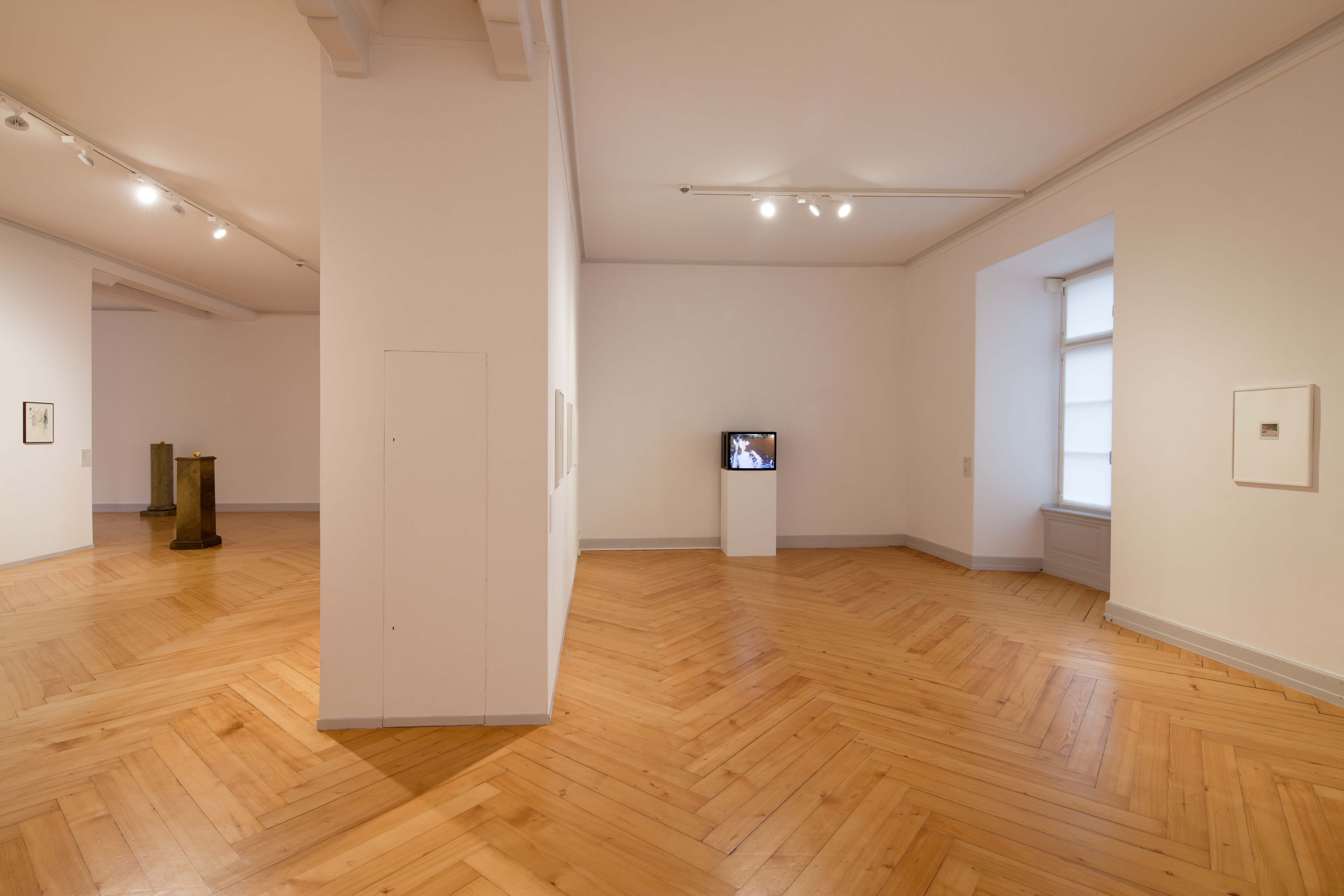 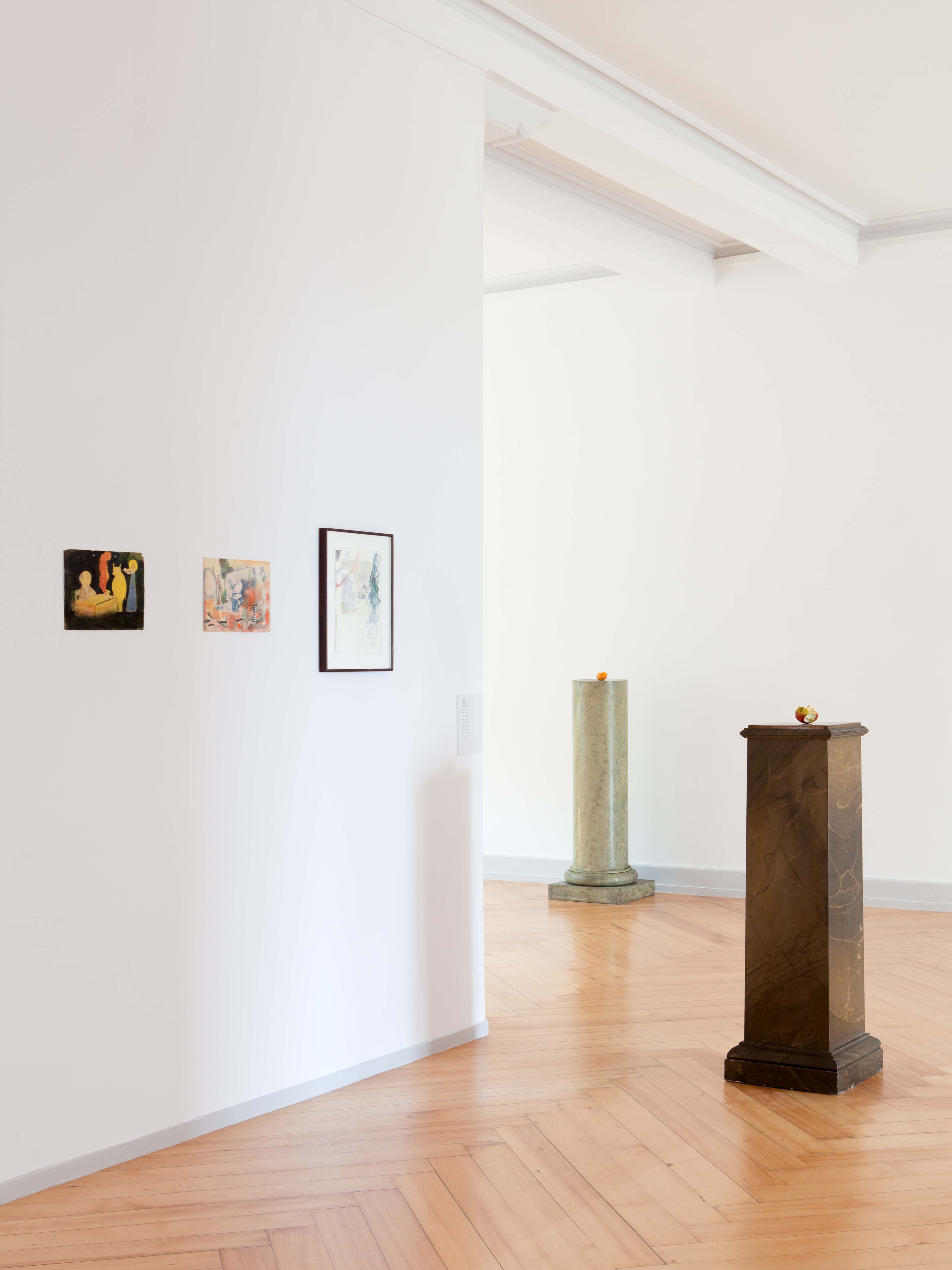